We’ve got a new promo, plus a few extra tidbits, for Wednesday’s winter finale of Nashville. Caution: Spoilers ahead! 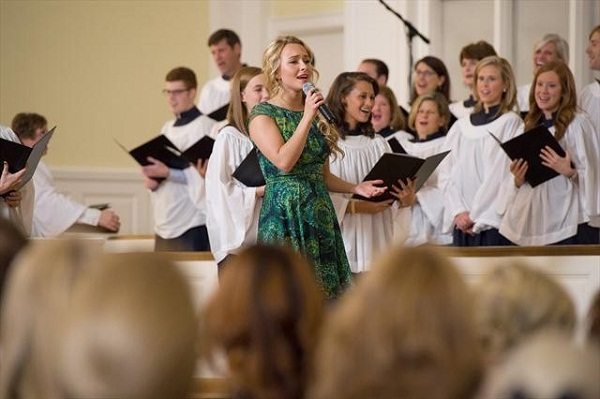 You better get ready for some cliffhangers, girls, because Nashville is serving ’em up. Wednesday’s winter finale of Nashville is a real scorcher!

Just check out the sneak peek:

We won’t ruin all your fun by telling you what happens with what characters, but we will tell you some major plot events. We’ll let you guess which events happen to which characters. First, on the career front, you can expect a confession, two tours, one and a half big breaks and one gorgeous new song. In the relationship game, there’s another confession, a break-up, a fight, the reconciliation of a friendship, a marriage proposal and one kiss that will leave you weak in the knees. Other drama in store: A letter, an overdose and a controlling mother. 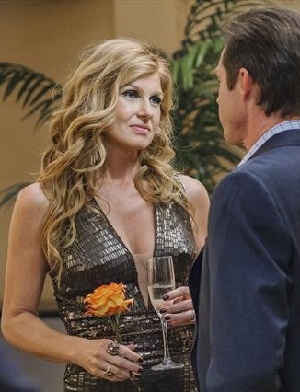 Oh! One more thing (that’s pretty obvious from the picture above): Juliette’s new football player boyfriend, Sean, convinces her to join him at church. His adorable little sister then asks Juliette (Hayden Panettiere) to join the choir in a song. Whether it’s her making an effort to impress Sean’s parents or just the inability to refuse attention, Juliette agrees.

Here’s a reminder of where we left off last time:

Rayna (Connie Britton) and Juliette performed together at the legendary Ryman Auditorium. The song was immediately released as a single and both songstresses’ record sales skyrocketed. Meanwhile, Coleman had pictures of Teddy embracing a panicking Peggy. He threatened to bring them to light in order to expose a possible affair unless Teddy gave up the campaign. Finally, Juliette continued dating the Tebow-esque football player. When she tried to work her magic and lure him to bed, he refused. The hunk told Juliette that he’s saving himself for marriage, and Juliette nearly crumpled to the floor. It’s been a long time since anyone denied that girl!

Preparing for the break may not have seemed hard before, but after the finale, you’ll be waiting with bated breath for Nashville‘s return.