Country music band Parmalee talks to SheKnows about their near-fatal robbery and inspiration for their hit single, “Musta Had a Good Time.” 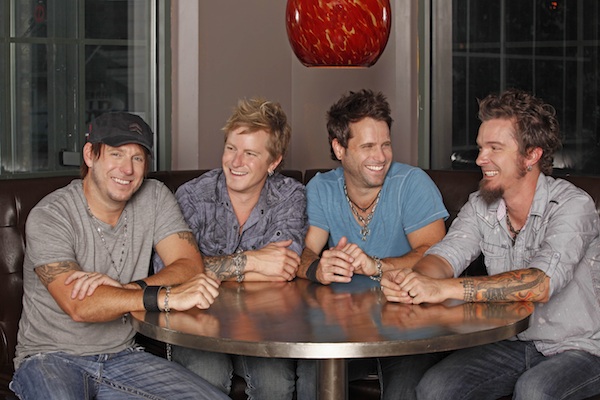 The journey to reaching country music fame might be almost over for the band Parmalee as their latest single “Musta Had a Good Time” is getting some serious attention. SheKnows met with Parmalee backstage at the Country Music Awards (CMAs) in Nashville, Tennessee, and dished on some serious (and fun) topics.

SheKnows: How did you guys decide on your band name, Parmalee?

Parmalee: We’re from close to Parmele, North Carolina. We went through a lot of names and the more we talked about it we were like, “You know what? Let’s call [the band] Parmalee.” It worked for Boston and Kansas and Alabama and all these other places.

SK: You had one major setback which was a little tough: Scott was shot three times when your RV was robbed. We heard he had a five percent chance to live.

P: He was in a coma for ten days and luckily he pulled through — a miracle — and [it] just gave us the motivation to keep pushing and to keep playing.

SK: So we know you lived in that RV for a month in a hotel parking lot in Nashville. Does the inspiration for “Musta Had a Good Time” stem from wild moments in the RV?

P: No, we [Matt and Josh] lived together when we were in college and we had a house that had a studio beside it. We would always have parties… I was walking outside one morning and was so tired of picking up beer cans — there was someone I didn’t know sleeping on the couch… and those kind of stories just prompted us to write the song.

SK: Where do you guys pull inspiration from when you’re writing songs, especially for your upcoming album?

P: I think it’s just life experiences for us. And knowing so many people and being around so many cool people, you get a bunch of great stories and great ideas. Being here in Nashville, you meet songwriters that you write with and they come up with great ideas that we can all relate [to]. It’s just who we are as people and the things we go through.

Thanks so much to Parmalee for taking the time to chat with SheKnows. We wish you the best of luck with your next album! Check out the full interview below of SheKnows discussing everything from college days to near-death experiences.