Channing Tatum’s ready for something new. After solidifying a spot on Hollywood’s A-list, he’s moving on to bigger and better things. His acting career is taking a backseat. 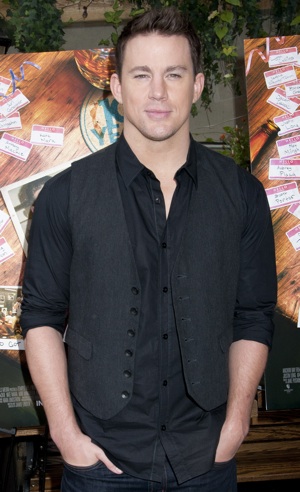 2012 has been good to Channing Tatum. It was the year the former dancer and model came into his own. The actor appeared in five films, including the surprise hit Magic Mike, which he also produced. After months of standing in the spotlight, Tatum’s ready for a break.

According to EW, Tatum wants to become a force in front of and behind the camera. He and his producing partner Reid Carolin are ready to take their careers to the next level.

“[Reid and I] have about three to four ideas that we love that are all in the hopper. By the end of next year, we’re going to shut things down and write the first thing that we’re going to direct,” says Tatum.

“We’re going to be like, alright, no more acting parts for a minute, let’s take a few and really get caring about that section of our career,” he continues.

Don’t be too sad; because of Tatum’s tireless work ethic, he’s got four films already scheduled for 2013. You literally won’t notice he’s gone.

Channing Tatum to cast his spell for a second stripper movie >>

Tatum’s already proved that he can be a successful producer, but he wants to go further. “I love the steps that I’ve taken acting-wise. That has been a wild sort of exploration,” he says. “But I don’t want to just keep putting [directing] off for these fun and incredible opportunities.”

Can you imagine Channing Tatum the director? He’s an accomplished actor, dancer, producer, and did we mention reigning Sexiest Man Alive? The world is his oyster.