Comedian Eddie Murphy is overvalued and overpaid, says Forbes, which puts Murphy atop its annual Most Overpaid Actors in Hollywood list. 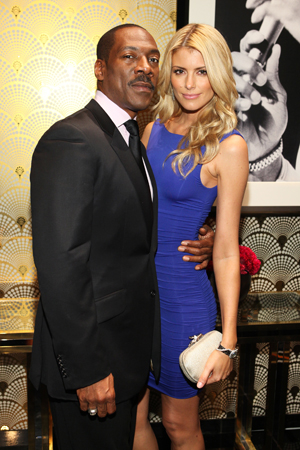 Eddie Murphy was so hot in the ’80s, it seemed everything he touched turned to gold. 48 Hours. Trading Places. Beverly Hills Cop. Um, Another 48 Hours. Okay, maybe not that last one.

Anyway, the ’80s are over, and so, it seems, is Murphy: Forbes put him at first place in the 2012 iteration of its annual Most Overpaid Actors in Hollywood list.

Forbes notes that Murphy vehicles Imagine That, A Thousand Words and Meet Dave all flopped at the box office. Last year’s Tower Heist, which was advertised as a comeback in the same vein as 48 Hours, underperformed.

In fact, Forbes estimated that “for every $1 Murphy was paid for his last three films, they returned an average of $2.30 at the box office.”

Those odds aren’t good. And neither is Murphy’s career. These days, Murphy is better known for romantic hijinks like dumping a pregnant Scary Spice and denying he was the father of her baby (a paternity test showed otherwise).

Eddie Murphy still not dead — has a hot, new girlfriend >>

Who else showed up on the list? Number two is Katherine Heigl, who started demanding $12 million for her acting services after hits like Knocked Up and 27 Dresses. However, her star fell from 2010 to 2012, with films like One for the Money and Life as We Know It barely making a dent.

Rounding out the rest of the top five are Reese Witherspoon, whose 2010’s How Do You Know embarrassed despite big-name co-stars; Sandra Bullock, who failed with All About Steve and Extremely Loud & Incredibly Close; and Jack Black, whose comedy The Big Year was a flop in 2011 despite co-stars Owen Wilson and Steve Martin.

A comedy about bird-watching failed? There’s a shocker.

Some of the actors on the Most Overpaid list have been there for some time. Eddie Murphy was #2 last year, Reese Witherspoon was #4 and Nicholas Cage, #6 this year, also came in sixth last year. Others are new: Ben Stiller (#9) and Sarah Jessica Parker (#10).

As for the five most bargain-priced actors, they are, in order: Kristen Stewart, Anne Hathaway, Robert Pattinson, Daniel Radcliffe and Shia LeBeouf. For every $1 Stewart gets, for instance, her films earn $55.83.