Beautiful Bastard, the book many are calling the new Fifty Shades of Grey, is to be released in February, bringing new prominence to the Twilight-inspired literary world known as fanfic. 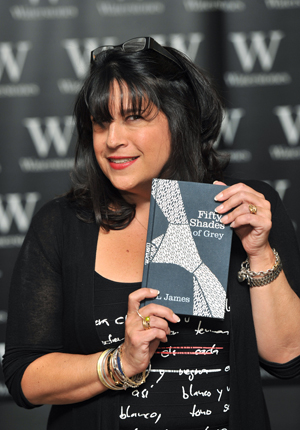 Fifty Shades of Grey, you see, was originally what was known as “fanfic.” These are stories written by fans of a particular television show, movie, or book series, who borrow plots or characters to write new stories.

Fanfic centered around the Twilight world, which was inspired both by Stephenie Meyer’s book series and the films starring Kristen Stewart and Robert Pattinson, and is what The Hollywood Reporter terms, “the most creative and prolific area of fanfic.”

And that’s where Fifty Shades of Grey began, as a fanfic story that grew. But Fifty Shades isn’t about vampires, you argue. No, it’s not. But it is about a romantic relationship between a man and a woman that’s complicated and fraught, and it was inspired by Edward and Bella’s romance.

Can Fifty Shades of Grey just go away? >>

Originally, Fifty Shades was a fanfic story called Master of the Universe, with characters named after Edward and Bella. It was published on fanfic websites under the pen name “Snowqueen’s Icedragon.” After readers objected to the story’s intense sexuality, E. L. James (pictured with her book) took the story off the fanfic sites and started her own website, FiftyShades.com.

Beautiful Bastard, the latest story to emerge from the world of Twilight fanfic, is also not about vampires. Originally Beautiful Bastard was called The Office, and it concerns a brilliant MBA student interning under an exacting boss.

The book’s tagline is “An ambitious intern. A perfectionist executive. And a whole lot of name-calling.”

It sounds more like the 2002 Maggie Gyllenhaal/James Spader movie Secretary than Edward and Bella, but Beautiful Bastard has its roots in Twilight fanfic all right.

In fact, The Office was published in 2009, before Master of the Universe emerged on the fanfic sites. But it was only in the wake of Fifty Shades‘ buzzy 2011-2012 popularity that Beautiful Bastard transmogrified into a book from Simon & Schuster’s Gallery imprint.