After months of Jennifer Aniston-like speculation about being pregnant, Kate Middleton is pregnant. Why does this particular example of reproductive success cause such a stir? Because Kate had to marry herself a prince. Which is why she’s really wishing she had married a plumber right about now… 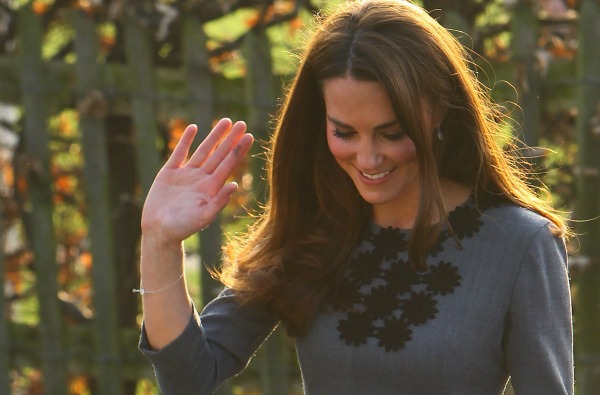 Confirmed news of Kate’s pregnancy circulated for about a minute and half before online journalists speculated about gender, names, implication to the throne, what junior would look like, what his favorite color would be and why, and who he/she would marry when they grow up. Sheesh. Outside of your wedding day, being told you’re going to have a baby should be the happiest day in a woman’s life (unless you met “daddy” at the bar, he split the next morning, and you never saw him again). Poor Kate doesn’t get to revel in the glow of impending motherhood. Instead, she has to worry about everyone crawling inside her uterus with a microscope and speculating about every hair on her unborn baby’s head. If you’ll excuse me for a moment, I’m going to write her a sympathy card.

Any woman will tell you that one of her least favorite parts of being pregnant isn’t really the weight gain, or the discomfort, or the sleepless nights. What really drives a woman over the deep end when she’s expecting is the unsolicited advice other women throw her way, or worse a blow-by-blow account of their personal (and always very dramatic and excruciatingly painful) labor. It’s really enough to make a woman want to go in a closet and not come out until the baby is ready for kindergarten.

As an exaggerated example of this certainty, Snooki told the Duchess of Cambridge, “It’s hard, but don’t stress out.” How profound. We can hardly wait for Courtney Love and Dina Lohan to weigh in. Here’s our piece of unsolicited advice on how to survive this grueling part of pregnancy — practice your smile and nod. (Luckily, Kate is already skilled at this.) Store away those pearls that make sense to you, and smile and nod your way through the rest.

Of course, Kate might also be suffering from acute morning sickness if she had married a plumber, but people probably wouldn’t be rooting through the hospital trash bin to get a look in order to analyze the contents of her stomach. “Breaking news — Duchess of Cambridge had enchiladas and corn for dinner last night.”

Women who suffer from acute morning sickness can lose 5 percent of their body weight! Kate can’t afford that! So while the poor dear is writhing in pain and discomfort and hurling her guts out, she gets to live with the added certainty that everyone with internet access knows about it. Being royalty isn’t all it’s cracked up to be. If you don’t believe us, stay tuned for the next nine months.