The actor may be one of the most recognized on TV today, but before he landed the part, he almost gave up on his dream. Today, he is thankful he didn’t — and not just for his career. 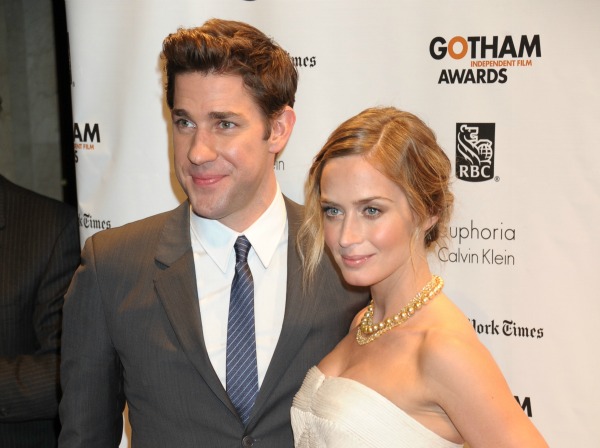 John Krasinski seems like a staple in every American living room these days with his part as Jim Halpert on The Office, but it was less than 10 years ago when he almost gave it all up.

Krasinski said in 2005 he was just a struggling actor in Hollywood, and he thought about giving up and going home. But it was his mom who persuaded him to not throw in the towel quite yet. The motivation ended up paying off, because he soon landed his role on The Office.

On Monday, the actor told Matt Lauer on Today how thankful he is that he did stick it out, because if he hadn’t, he never would have met his wife, actress Emily Blunt.

Krasinski might seems like he might be going through a little bit of an identity crisis now, as The Office is winding down. He decided to take that opportunity to explore new areas of the business, and ended up co-writing a movie with Matt Damon. Both actors also star in the film, Promised Land, but Krasinski said the writing process wasn’t always easy.

“I just drove to his house every weekend,” he told Lauer. “He wins by default with four little girls, and so that’s a very busy house that I have to go to him. We actually wrote with children climbing all over him, and he was doing bath time and dinner and everything, and we still got it done.”

Even though Krasinski seemed to enjoy his new responsibilities, it was scary to diverge from the familiarity of The Office.

“I thought it was going to be fine. It was terrifying,” he said.