Nick Lachey found himself in a little bit of trouble on Sunday after getting kicked out of the Bengals-Chargers game, but no one would have known if he hadn’t tweeted his every thought about the incident. 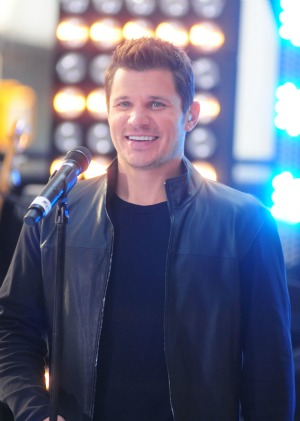 Nick Lachey has had an interesting couple of years, with a new wife and a new baby. And even though he was kicked out of an NFL game on Sunday, he made every attempt to win back his fans in the opposing team’s city.

According to MSNBC, at 4:41 p.m. Sunday, the singer tweeted: “Just got kicked out of the chargers stadium and couldn’t be prouder! Go Cincy Bengals! #whodey.”

Reports said Lachey was trash-talking, and he might have confirmed that with his next tweet, sent three hours later.

“Bengals win again,” Lachey tweeted. “i’d talk trash to everyone in SD, but what’s the point? you already had me kicked out of the stadium and you still lost.”

That tweet was perhaps not his finest moment, but he cleared it up a little later. On Tuesday afternoon, he tried to explain he was not the one trash-talking.

“For the record, i was not kicked out of the chargers game for excessive trash talking. no, that honor belonged to the guy in front of me!” he tweeted on Monday. “i simply don’t appreciate someone turning around and putting their finger in my face. call me crazy, but that deserved a reaction. again, aside from a few exceptions, i had a great time hanging with Charger fans all afternoon. honestly, some of the nicest fans around.”

The 98 Degrees member may have realized how many fans he might have in San Diego and attempted to retract his previous comments.

He also said, “Majority of charger fans were awesome yesterday, thanks for the hospitality! Sadly, there is always one guy that ruins it for everyone…..”

It seems Lachey may have not been paying attention to how easily celebrities can get in trouble on Twitter. Lachey still has not mentioned exactly why he got kicked out of the stadium, which eventually might clear things up even more.