Keeping Up With the Kardashians star Rob Kardashian took to Twitter to slam his ex-girlfriend, Rita Ora, about claims of her infidelity. 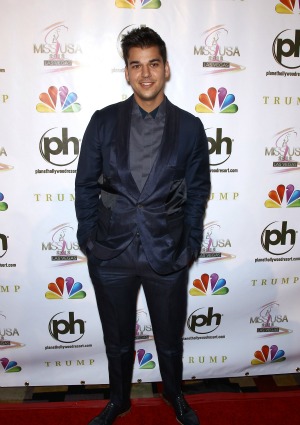 Remember the good old days when a breakup involved a letter, a phone call… or even a text? Well, it seems like Twitter has become the modern way to tackle heartbreak and to vent about your ex. That’s certainly what Rob Kardashian has done.

The 25-year-old reality star took to Twitter on Monday to take on his ex-girlfriend, Rita Ora. The 22-year-old British singer was supposedly dating Kardashian, but the two never really confirmed their relationship. Dating or not dating, it’s clear that the Keeping Up With the Kardashians star is angry.

He tweeted, “She cheated on me with nearly 20 dudes while we were together, I wonder how many she will sleep with now that we apart? But I mean 20?!!!”

If you think he stopped there, think again. Kardashian hopped back on Twitter to say, “When a woman cheats on you with one man I can live with that. People make mistakes, trust me. I have forgiven numerous times…”

He then continued, “But when a woman disrespects herself by messing with more than 20 men all while being in a relationship with a Faithful man…”

His tweets also started the unfortunate trending topic of “Rita Whora” even though the former Dancing with the Stars contestant never mentioned the woman by name.

It didn’t stop there, because Kardashian had more to say: “I just don’t get how a woman can do that to her body. And your career hasn’t even launched yet. I don’t put up with sloppiness. LOYALTY.” And: “This is a lesson to all the young women out there to not have unprotected sex with multiple men especially while in a relationship. RESPECT THY SELF!”

Kardashian vented until he finished with, “Think I’m done with the basics. Now time to go get a shave and go beast it in the gym.”

The gym is probably a better place to take out your frustrations than Twitter.

Rita Ora has not commented on the tweets as of press time.