On his SiriusXM radio show today, shock jock Howard Stern announced he will be back for Season 8 of NBC’s America’s Got Talent. 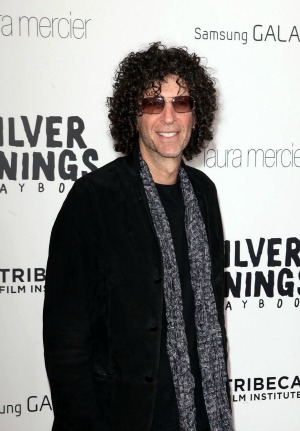 It’s official! Howard Stern will be back as a judge for the next season of America’s Got Talent. The shock jock made the announcement on his SiriusXM radio show on Monday. The news was also confirmed by NBC the same day.

Stern joined the panel for Season 7 alongside Sharon Osbourne and Howie Mandel. While ratings were down this season, it is clear that the network was happy with his work on the show.

Instead of being curmudgeonly like Simon Cowell on American Idol, Stern showed the audience a softer side to his personality. There was very little of the Howard Stern millions had come to know from his E! show or his radio show.

In the NBC announcement, Paul Telegdy, NBC president of alternative and late-night programming, said, “Howard Stern’s towering presence and opinions on last season’s show as a new judge made a dramatic impact and added a sharper edge to the fascinating developments on stage.”

He continued with, “We know that Howard believes in ‘America’s Got Talent’ — which remains America’s top-rated summer series — and that dedication comes across in a genuine way to our viewers who share his passion about our amazing talent competition.”

Stern replaced CNN host Piers Morgan, but it is unclear what’s happening with the two other spots at the judges’ table. Howie Mandel has not committed to Season 8 and Sharon Osbourne had quite a beef with the network over her son’s casting on the show Stars Earn Stripes. She dumped the show back in July over Twitter saying she would not return to the talent show next season.

Maybe there will only be one judge? As Stern joked to his listeners on Monday, he quipped, “Believe me, if I was the only judge, I think the show would be terrific.”