The sickly-sweet band has finally been able to melt even the most skeptical of hearts with this serenading track. 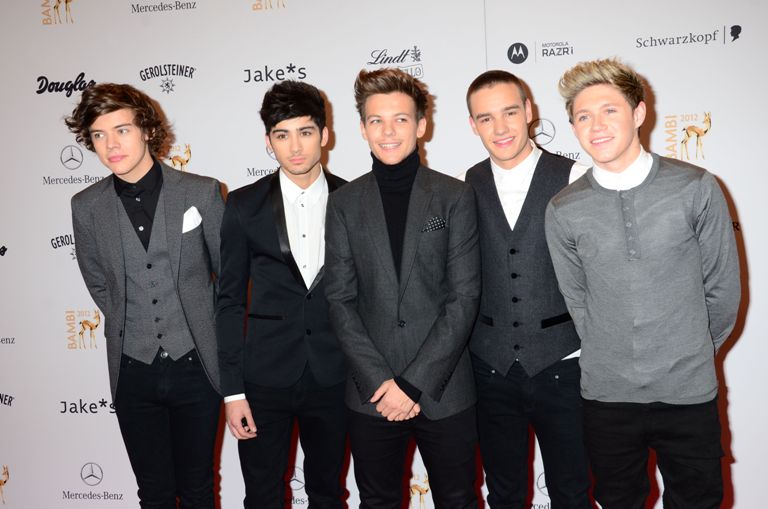 Have we gone off the deep end?

I mean, really — are we really reviewing a One Direction song?

Sure, we cannot get enough of Harry Style‘s dimples (ahem, neither can Taylor Swift, we hear) or Zayn Malik’s irresistible style, but our innermost cougar still couldn’t digest their painfully bubbly and upbeat pop music. I mean, we respected Simon Cowell‘s taste on American Idol and The X Factor, but we just chalked up this boy band to being a teen sensation.

“Little things,” huh? You mean the members of One Direction?

We heard they released a ballad not too long ago titled “Little Things,” and we figured it’s probably about something childish and goofy, like puppies, or flowery pastures, maybe a girlfriend’s Sweet Pea a la Bath & Body Works body spray? But paint us interested when we heard that sensational Ed Sheeran actually wrote the song. OK, well now we must give it a fair shot.

Just recently hitting the radio waves, the British boy band trades in their upbeat tempos for a slower, mature — wait, more mature than normal is what we mean — sound. They are young, fresh-faced and lively, so we were hardly expecting this sudden turn from running on beaches and dancing at parties to what we would imagine as sensual eye gazing and caressing.

It’s a nice change of pace to hear them sing from some part of them that contains real emotions. Tapping into their ever-budding female fan base, women of all ages find themselves swooning over these nonjudgmental, loving, and perhaps unrealistic lyrics:

“I know you’ve never loved
The crinkles by your eyes
When you smile
You’ve never loved
Your stomach or your thighs,
The dimples in your back at the bottom of your spine
But I’ll love them endlessly”

Hmm. We’re not so sure you know what you’re talking about, gentlemen, but actually sounding like you know what real love consists of has us impressed. It’s no Snow Patrol or The Script single, but it’s a noticeable improvement we are in favor of.

Even The Mirror was quoted saying:

“One Direction unveiled their new single “Little Things” and by all accounts, it might make you cry into your porridge — so be careful.”

Come on! It’s the holiday season. Think less of how much it’s “so uncool” to chase after boy bands and give them credit where it’s due.