Kate Middleton and Prince William are going to be parents! The big question now: When is the Duchess of Cambridge due? 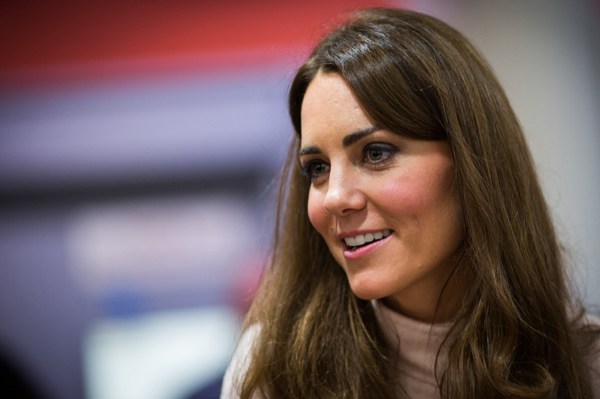 The big question now: When is she due? The official royal statement said that the pregnancy is “in its very early stages,” which could mean a lot of things. However, it seems likely that she’s still in the first trimester and only disclosed the news given her current battle with hyperemesis gravidarum.

Hyperemesis gravidarum is one scary sounding name for morning sickness. According to medical professionals, HG affects about one percent of pregnant women and is characterized by severe vomiting, nausea, weight loss, dehydration, fainting and light-headedness.

In other words, nothing to mess with.

The royal family seems confident enough in her pregnancy to come forward with the news.

“Her Royal Highness is expected to stay in hospital for several days and will require a period of rest thereafter,” the statement continued.

Top fairy tale weddings & why we loved them >>

We can’t help but worry since it is so early — and many doctors recommend not disclosing a pregnancy until after the first trimester. We do know that Middleton and the royal bundle of joy will have the best of care.

Also, we can’t help but hope that the baby is a girl, especially since the rules about succession have changed. The British Monarchy — in collaboration with Prime Minister David Cameron — abolished the rule that only the firstborn son could become sovereign.

“The idea that a younger son should become monarch instead of an elder daughter simply because he is a man, or that a future monarch can marry someone of any faith except a Catholic; this way of thinking is at odds with the modern countries that we’ve all become,” Cameron told reporters in October 2011.

“Put simply, if the Duke and Duchess of Cambridge were to have a little girl, that girl would one day be our queen.”

A stylish queen, we’re sure!