My, my, what a busy weekend for our favorite celebrities. Kim K peddled milkshakes in the Middle East (because that’s not completely random) and Brad Pitt’s latest cinematic endeavor nose-dived at the box office. Love is in the air, again, for Hugh Hefner and Crystal Harris. And that’s just the beginning… 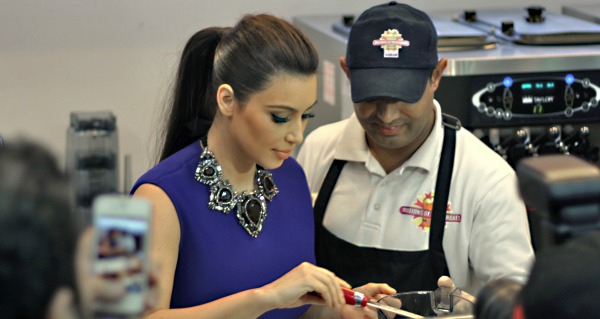 Some want Kim’s bootay booted out

Last weekend Kim promoted her milkshakes in Bahrain, because the wealthiest part of the world needs milkshakes. Or something like that. While enthusiastic fans paid a handsome price to see Kim launch her “Millions of Milkshakes” campaign, others protested Kim’s visit. You know you have launched a successful campaign when protesters and police are launching grenades and tear gas. Local politicians went so far as to call Kim “an actress with a bad reputation!” They couldn’t be more wrong — Kim is not an actress. It would appear some in the Middle East would prefer Kim take her milk jugs and head home. 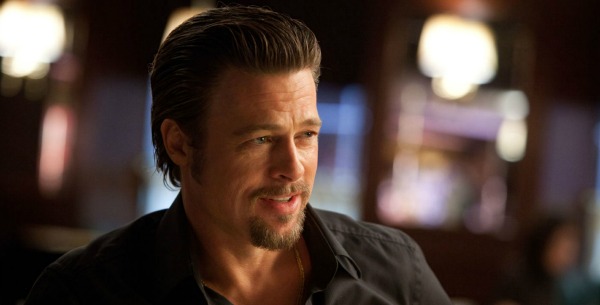 In Killing Them Softly, Brad Pitt is hired as an “enforcer” (is that even an official job title?) to track down three guys who robbed a Mob-protected card game. James Gandolfini also stars in this movie and based on the reviews thus far, this title sounds like a hybrid of Ocean’s Eleven and The Sopranos. Even Brad’s juicy revelation in People magazine that he and Angie will marry “soon” wasn’t enough to entice fans.

The fact that a Brad Pitt movie bombed proves one thing. No one can compete with young vampire lust (Breaking Dawn — Part 2) and James Bond (Skyfall). Not even Mr. Pitt. Killing Them Softly may have done much better if it had been released at the same time as say, an Adam Sandler movie. 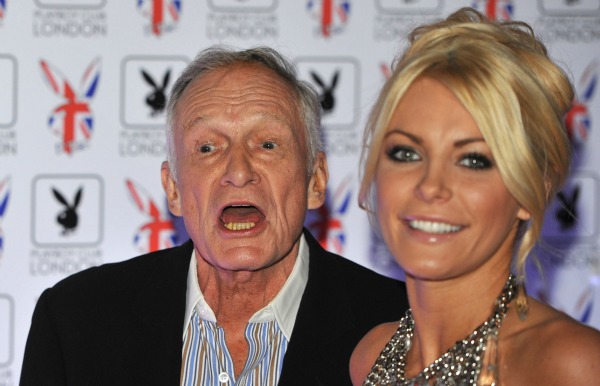 In the immortal words of SNL’s Church Lady, “Well, isn’t that special?” Hugh Hefner is re-engaged to Crystal Harris, who you may recall bolted five days before the couple’s 2011 wedding date. Hefner, 86 and Harris, 26… wait, we can’t finish that. There is a 60-year age difference between these two? Can we can an ewwwwwwww? It’s one thing when a guy is old enough to be your dad, it’s quite another when he’s old enough to be your great-grandfather! Aren’t there laws against that? Like laws of nature or laws of physics, or abuse of the elderly? Excuse us while we pick up this pile of vomitus. 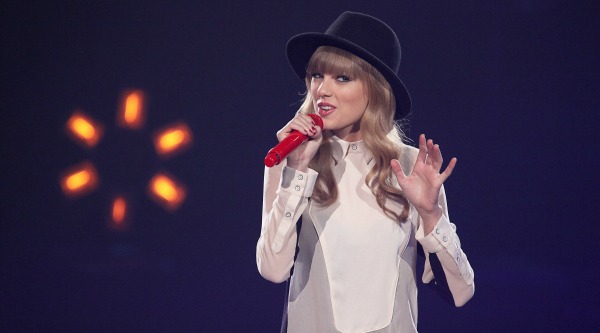 Taylor swiftly gets over Conor Kennedy…

And under Harry Styles of One Direction? Pardon. That was in poor taste. Pictures of Taylor Swift and Harry Styles strolling through Central Park were featured in the weekend edition of “Who Gives a Rat’s A** Magazine,” right next to a story about Lindsay Lohan’s IRS problems. If her recent string of beaus is any indication, this pairing will likely go in one direction — straight down. Next. 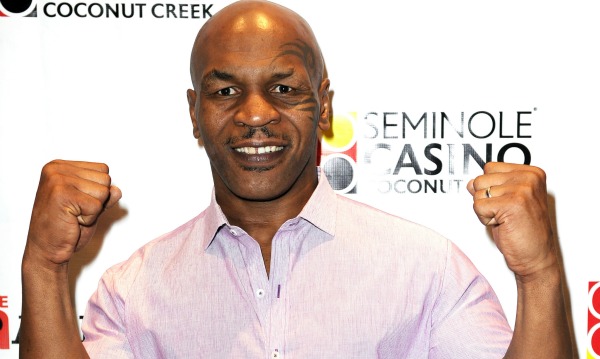 In a thinly veiled effort to increase SEO for himself, Mike Tyson figured out a way to use his and Brad Pitt’s name in the same sentence. Tyson told Yahoo! Sports that while he was divorcing Robin Givens, he was still stopping by her house from time to time for some afternoon delight. Charming. One day as Mike stopped by for a little ex-sex, Brad Pitt was already entertaining Mike’s almost ex-wife. Talk about a one-two punch. Or a round-house kick to the nads. We’re just relieved that Tyson didn’t remove one of Pitt’s ears with his teeth or mess up Pitt’s pretty face.