Adam Levine’s true Honey Boo Boo feelings have been unleashed! We now know full well how the singer feels about TLC’s hit star and her parents, thanks to an expletive-laced rant published in GQ. 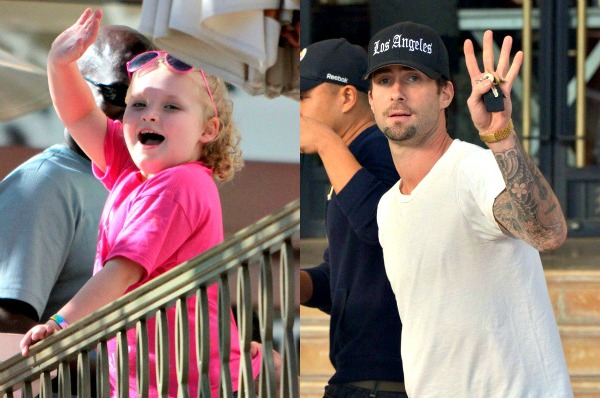 When it comes to Honey Boo Boo, Adam Levine is a shockingly sensitive guy. All riled up over the young pageant contestant turned reality star, who is featured on TLC’s hit show Here Comes Honey Boo Boo, the singer recently unleashed his true feelings to GQ magazine.

“So many people witness atrocities and can’t take their eyes away from them, but that doesn’t mean they’re good. That show is literally The. Worst. Thing. That’s. Ever. Happened.”

All warmed up, the 33-year-old The Voice coach went on to let the curse words fly while taking aim at Honey Boo Boo’s family.

“It’s complete f***ing ignorance and the most despicable way to treat your kids,” Adam Levine said bluntly. “F**k those people.”

Apparently well aware his words would be picked up by the media, he made sure to tell GQ, “You can put that in the magazine: F**k those idiots. They’re just the worst. Sorry, I’m so sensitive to that — like, I don’t know, man, it’s upsetting. Just to clarify, I said, ‘F**k those people.'”

Unfortunately for Adam Levine, Honey Boo Boo and the whole family aren’t going to fade away anytime soon. Not only is Rosie O’Donnell teaming up with the show for a home makeover, but Honey Boo Boo’s holiday specials have been given an air date!

“Holiday Specials (Halloween, Thanksgiving & Christmas) will air starting Sunday, Jan. 6, 2013, at 9/8c only on TLC!!!” a recent post on the family’s Facebook page announced. “Thank you ALL again for your amazing support!!! We appreciate it so much, without it wouldn’t be possible! Hope you all tune in and watch how WE celebrate the holidays! ?”

What do you think of Adam Levine’s Honey Boo Boo rant to GQ?