Johnny Depp showed up at a recent Alice Cooper concert! No word on if his appearance was arranged by Tim Burton. 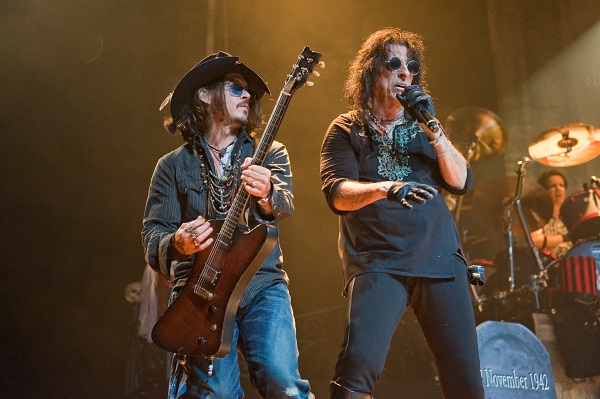 Alice Cooper fans got a surprise during a recent concert in Los Angeles. Those who weren’t too stoned to notice were greeted with an appearance from Johnny Depp!

According to People, the actor best known for his role as Captain Jack (and being in anything Tim Burton has ever done), appeared on stage with a guitar, looking rather pirate-like in a cowboy hat decked out with feathers and a few million beaded necklaces around his neck. 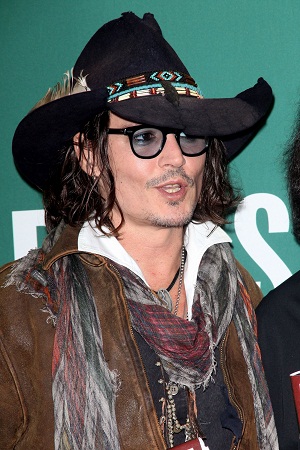 Depp is used to the the stage. The actor had his own band for a while. Plus, back in the summer, he performed with Aerosmith. He’s also been rumored to have showed up on stage with Marilyn Manson and with the likes of Ke$ha at a Tom Petty tribute concert.

He’s also no stranger to the rock and roll lifestyle. He was in the drug-fueled bad acid trip of a road-trip movie, Fear and Loathing in Las Vegas, based on the book by Hunter S. Thompson. He even liked Hunter S. Thompson enough to star in the movie based on the author’s book The Rum Diary. Somewhat of a partier and rebel himself, it’s no wonder Depp likes Thompson so much.

Mostly, we think Johnny Depp’s stage appearance has less to do with his love for rock and more to do with his inability to relax. Quite possibly one of the hardest-working actors in Hollywood, Depp has starred in 56 movies since getting his start as Glen Lantz in 1984’s Nightmare on Elm Street. Five of those, by the way, are Pirates of the Caribbean movies which includes the recently announced fifth. He’s also done eight movies with Tim Burton, a large portion of those alongside Burton’s wife, Helena Bonham-Carter.

Whatever Johnny Depp was up to, we’re a little jealous of those L.A. concertgoers. The only thing better than seeing Depp on the big screen is seeing him in real life!