With the help of Whoopi Goldberg, Jane discovers what happened the night she went down the stairs. 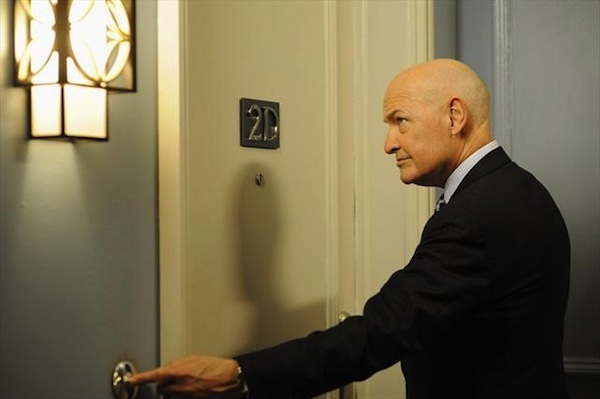 This week, Jane (Rachael Taylor) meets Maris Elder (Whoopi Goldberg), who seems to be half hypnotist and half good witch, and who wants to help Jane recover the memories from the night she went down the stairs. Maris explains to Jane that it’s been 26 years since she left her apartment inside The Drake because she doesn’t think it’s safe to go outside. It’s not agoraphobia, but a fear of the darkness inside the building. 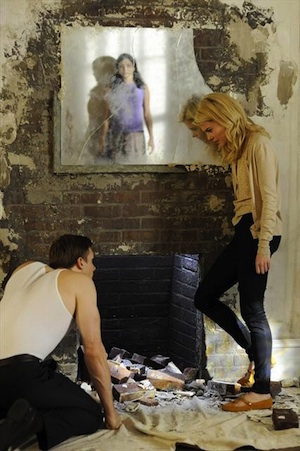 During Jane’s hypnosis seasons, she vividly remembers that the journey down the stairs took her back to Oct. 28, 1927, when she entered the body of Libby. Libby was a teenager who baby-sat Jocelyn (the creepy little ghost girl/ Jane’s grandmother. I know. I don’t understand why she’s a ghost child if she lived to be an old woman either, but we just have to play along).

As Libby, Jane witnesses the events that happened the night evil was summoned into The Drake by several men, including Jocelyn’s father. The men were looking for Jocelyn to offer her as a sacrifice, but settled on Libby instead. Now, Libby lives inside mirrors and reaches out for Jane to save her. Geez, how much more can this woman take?

In present day, Gavin (Terry O’Quinn) and Maris make a deal. Maris promises to tell him what Jane remembers if he allows her to leave The Drake unharmed. Surprisingly, they both hold up their end of the bargain with no sneaky strings attached. Once outside, Maris bursts into a flock of beautiful white birds. Good witch it is, I guess?

Meanwhile,  there is a man, Phillip,  who is willing to back Henry (Dave Annable) for City Council until someone leaks Jane’s recent crazy hospital records. Henry takes another step toward becoming a slimy politician when he blackmails Phillip with proof of tax fraud. The move works in his favor, but isn’t it compromising the good old Midwestern boy’s morals?

And let’s not forget about Olivia (Vanessa Williams) holding Shay hostage until she finds Sasha. She makes it to Sasha’s house only to find Sasha is already gone. Shay then mysteriously gets shot and dies on the street. However, Gavin’s been conducting his own search and finds her at a bar. When he says hello, she’s beyond shocked, and Gavin actually looks like he’s about to cry.

What is he? A devil with a heart? Maybe the lesson here is no one is all good or all evil? A good witch that makes deals with evil and evil that loves? Or maybe it’s just another one of Gavin’s schemes. Hopefully, the final three episodes will give us some answers!