In a dramatic, cinematic experience, director AG Rojas blows our minds with this haunting portrayal of the desensitization of society. 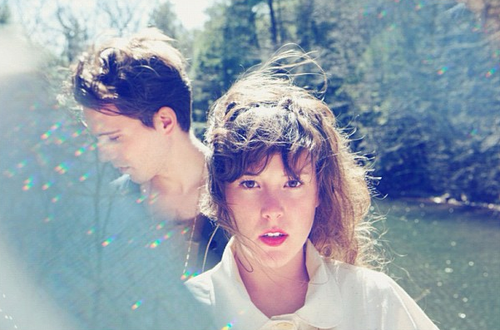 How often do you find yourself re-watching a music video for symbolism?

In a feature Video Static quotes as “sinister,” Purity Ring’s “Lofticries” video highlights the brilliance of a director who puts an incredible amount of thought behind his videos. AG Rojas (the same director for Jack White‘s “Sixteen Saltines”) is the name of this talent, and you’ll want to remember it after the madness you’re about to witness. Marked by gloomy symbolism, you’ll replay it often just to try to catch an element you may have missed.

Fool me once, shame on me. Fool me twice…

We encourage you to watch this video once just to get your bearings. Feel your reactions and try to understand what about it resonated with or disturbed you the most. Then, watch it as many times as you like and pay attention to the minutest of details, because every aspect of this video seems to have an influential factor. The Music Video Critic found a quote direct from Rojas on the inspiration for the video:

Stoicism? Not being able to tell the difference between pain and pleasure? What you view is a glimpse into how desensitized the characters (and society?) are.

What are your thoughts? What do you think has led to the desensitization of the masses? Is it more or less worrisome that it has seeped into children’s minds? Is it video games and movies? Or is it just a progression of life?

If the genius of Guillermo del Toro was refocused into modern-day film, that same cinematic darkness would be the closest thing you could relate this video to. We forewarn you though, because the opening scenes are not for the young or the faint of heart.