The singer was desperate to retrieve his laptop after it went missing last year, but he may have overstated how much it was worth to him. A judge has ruled he has to live up to the promise he made. 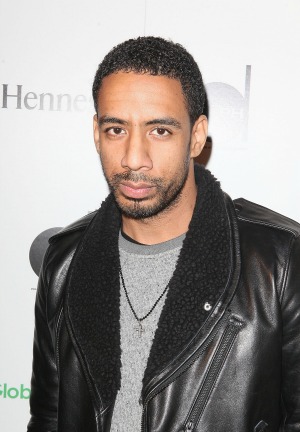 Social media is a powerful tool, and a court has decided just how powerful it can be. Ryan Leslie, an R&B singer, lost his laptop last year in Germany and took to YouTube to try to find it.

After the laptop went missing, he posted a video on the site, saying, “Something very personal, something very special was taken,” according to the Hollywood Reporter. “[He] said he was offering a $20,000 reward. On a later Twitter post, he wrote that he had ‘raised the reward for [his] intellectual property to $1mm.'”

Someone decided to take him up on his offer and ended up finding Leslie’s laptop. Armin Augstein, an auto repair shop owner, returned the laptop but was not paid the $1 million, so he decided to sue for the money. Leslie used every defense he could think of to show the judge and jury he didn’t really mean it when made the offer.

“Leslie attempted to make the case that when he used the word ‘offer,’ that he really meant something different,” said the Hollywood Reporter. “He argued that a reasonable person would have understood mention of a reward not as a unilateral contract, but instead as an ‘advertisement,’ an invitation to negotiate.”

After he failed to make that argument stick, he attempted to tell the judge the reward was actually for some unreleased songs on the laptop, which came back “ruined.” But the judge didn’t buy it.

“Leslie also relies on the fact that the offer was conveyed over YouTube (a website where many advertisements and promotional videos are shared, along with any number of other types of video) to undermine the legitimacy of the offer,” the judge said in his statement, according to THR. “I do not find this reasoning persuasive. The forum for conveying the offer is not determinative, but rather, the question is whether a reasonable person would have understood that Leslie made an offer of a reward. I conclude that they would.”

The jury at one point asked if it could award the plaintiff less than $1 million, but the judge said it needed to award all or nothing. The jury later came back with the full amount.

But it looks like Leslie tried not to get too down about the trial — he tweeted photos of himself from the courthouse. He has not commented further on the decision.