The Olympian has been training since she was a small child, and just before the Olympics, she wanted to give it all up for a normal life. 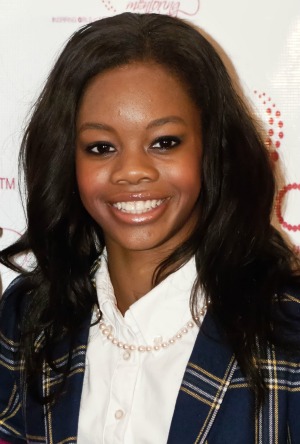 If Gabrielle Douglas had gotten her way, things might have been much different for the gold-medal-winning women’s gymnastics team at this summer’s 2012 Olympics.

Just seven months before the Olympic games, Douglas was looking to give it all up.

“Homesick for her family and worn down by years of grueling training in a sport where blacks were scarce and rampant racism sometimes bubbled from beneath the surface, the then 15-year-old phenom was ready to hang it up,” said the New York Daily News.

The gymnast was tired and said she’d rather do anything but gymnastics, whether it be dancing, track or even getting a minimum wage, part-time job.

“‘I can get a job at Chick-fil-A in Virginia Beach and live off the 14-grand I just won at World Championships,'” Douglas wrote in her new memoir, Grace, Gold & Glory,” said the NY Daily News. “I just want to be a normal teenage kid.”

The gold medalist had been working for years to get to where she was, but it seems it got to the point where it was just too much for her.

“Gymnastics is not my passion anymore,” she texted her mom one day.

While Douglas is from Virginia Beach, Virginia, her mom was letting her live with a family in Iowa so she could train. Douglas’ dad is in the Air National Guard, leaving her mom, Natalie Hawkins, to take care of the family alone.

“You’re breaking my heart,” her mom told her at the time.

Her mom and sister couldn’t convince her to stay in the sport, but Douglas said it was her brother who finally got her to stick with it. When she won her medals, reporters asked her if she realized what a trailblazer she was for the sport.