Thirty years ago today, an album with nine tracks was released by the King of Pop — and it changed an entire generation of music. 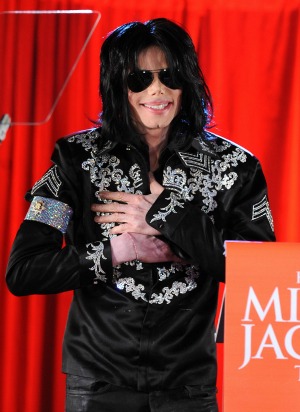 If you were a kid on Nov. 30, 1982, nothing shaped your early ’80s musical life the way Michael Jackson did. Thirty years ago on Friday, the King of Pop launched the biggest album we will ever see in our lifetimes, Thriller.

MJ, coming off of the hugely successfully dance album Off the Wall, released nine tracks that changed music history forever. To date, Thriller has sold 29 million albums in the United States alone. According to the Recording Industry Association of America, it is tied with The Eagles’ Their Greatest Hits 1971–1975 album as the best-selling album of all time in America.

Thriller, produced by Jackson and legendary music man Quincy Jones, has nine tracks that cross over several genres of music. From pop to R&B, there was something for everyone to enjoy. The singles “Billie Jean,” “Beat It,” and “Thriller” became the keystones for his music videos.

The album had seven Top 10 songs on the Billboard charts, with “Beat It” and “Billie Jean” hitting the No. 1 position. Of course, no other artist has ever hit the same stratosphere that Jackson did — his album stayed on top of the Billboard charts for an unprecedented 37 weeks.

The accolades soon followed, as Jackson and Jones racked up multiple American Music Awards and seven Grammys in 1984. It can easily be said that MJ reached heights of musical stardom that most artists will never see in their career.

This extraordinary success and popularity may have been the cause of his downfall in later years. He was never able to achieve the same success that he did with Thriller. His next album, Bad, just celebrated its 25th anniversary.

His personal legacy may be troubled, but his musical legacy is legendary.