It looks like Clint Eastwood is passing the entertainment torch on to his 19-year-old daughter. She was named Miss Golden Globe for the award ceremony in January. 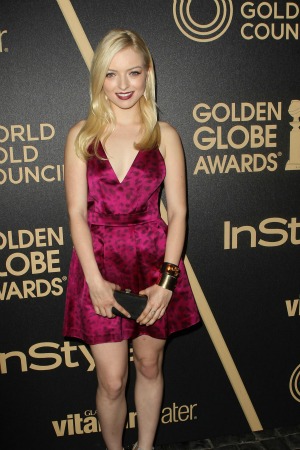 It is a time-honored tradition among the kin of Hollywood celebrities to wonder who will be named Miss Golden Globe. Well, the suspense is over for the January 2013 show, as The Hollywood Foreign Press Association announced that Francesca Eastwood has earned this year’s title.

The announcement was made on Thursday at Cecconi’s restaurant in West Hollywood that Clint Eastwood‘s daughter would be assisting with the delivery of the Globe statuettes to the presenters and getting the winners off-stage to the press room after their big win. The actress was in attendance for the presentation.

Francesca Eastwood became familiar to television audiences this year with E!’s reality series, Mrs. Eastwood and Company. She often became embroiled in controversy with her older boyfriend, Tyler Shields, as her mom, Dina, was often concerned about the age difference. The 19-year-old has been dating the 30-year-old photographer for two years.

She told People about the upcoming big night. “I’m a little worried, maybe, about falling over or doing something like that. I do not want to wear a ball gown, but I think that really fancy dresses are reserved for the nominees. I’m planning on something simple that won’t make me fall over.”

Other famous offspring who have graced the Golden Globes stage include Laura Dern, Melanie Griffith, and Rumer Willis. In a departure from the Miss Golden Globe title, Freddie Prinze Jr. was named Mr. Golden Globe in 1996.

Nominations for the 70th Annual Golden Globe Awards will be announced on Dec. 13, with the ceremony happening on Jan. 13. It will be hosted by Amy Poehler and Tina Fey.