MTV, the network known for introducing the nation to the much-beloved (and reviled!) Guidos and Guidettes of Jersey Shore, moves on to a new reality trend with its Buckwild. 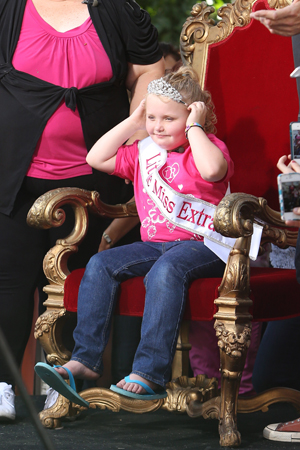 Redneck reality shows remain hot as MTV continues the streak of rural-set unscripted shows with the Jan. 3 premiere of Buckwild, coincidentally (or not?) just as Jersey Shore is winding down.

Much like Jersey Shore followed the exploits of a group of friends spending summers in New Jersey, Buckwild centers on what MTV calls a “fun-loving group” of West Virginians.

The trailer for the show features a lot of four-wheeling and drinking and cussing and filling a dump truck with water to use it as a makeshift swimming pool and fighting in underwear and rolling down a hill in a giant truck wheel “after eating about 15 hot wings.”

But none of that will come as a surprise to fans of this strain of reality faddism, exemplified by shows like Swamp People, American Hoggers, Bayou Billionaires and Hillbilly Handfishin’, where, as the Washington Post wrote this summer, “sons (and daughters) of the South make moonshine, chase wild hogs, stuff dead pets, carve duck calls, wrestle alligators, catch catfish with their bare hands, mess around in swamps and generally hoot and holler.”

Just as many Italian-American commentators didn’t particularly enjoy the Jersey Shore cast members referring to themselves as Guidos and Guidettes, many Southerners respond badly to the “hillbilly” and “redneck” labels.

The director of the Center for the Study of Southern Culture at the University of Mississippi told the Washington Post that “people of the South get frustrated at the narrow range of representations.”

Yeah, watching the cast of Buckwild clink red Solo cups at a festive dinner party in the show’s trailer: not so uplifting for Southern culture.