On Wednesday’s broadcast of The X Factor, Britney premiered her new video with will.i.am – “Scream and Shout.” While the tune is catchy and likely will be mixed by DJs in clubs the world over, it does offer up a few peculiarities. And here they are… 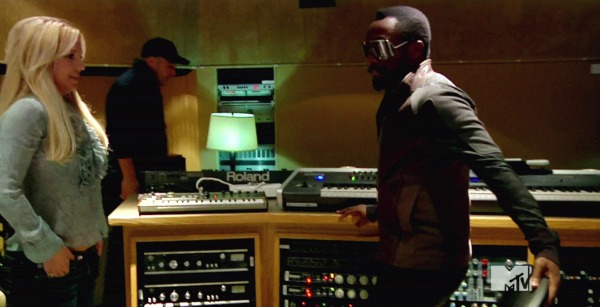 “And then I shat on a turtle!”

Remember in Goldmember when Austin Powers comes at us with the British saying, “And then I shat on a turtle!” This is all I can think of when Britney lays on a thick British accent (most notably at the beginning of the video). It’s confusing. Why does she use the accent? Why does she abandon it later in the video? There seems to be a bit of Madonna impersonating going on with the jazz hands, and so may be Britney is mimicking Madonna’s fake British accent, too.

And speaking of s***

Britney looks fantastic in this video, and this song isn’t terrible. It has its place in clubs. So we feel a little dirty criticizing it, right up until Britney herself calls the tune s***. “When you hear us in the club, you gotta turn this s*** up.” And there it is. S*** is a pile of poo. We’ll let you unfold the translation from there.

This needs to go away. Yesterday. We know who Britney is. We know what she looks like. We really don’t need to be told. This is played out and thus, annoying. The tone of Britney’s motto suggests she’s a player. And while she’s maintaining a career (and good for her), she’s just not this cool. This kind of saying would be appropriate if it were attached to say, Snoop Dogg.

“Scream and shout and let it all out.” Riveting. “Lose control, let it go. ”Pretty sure that’s recycled from a Black Eyed Peas song. And the inane lyrics go “on and on and on and on.” Look, I’m not a record producer. This tune has a great hook and beat, so why did they have to muck it up with lyrics that make us want to bounce off padded walls? Just because our society celebrates mediocrity doesn’t make it right. Maybe next time, will.i.am and company can spend more than 10 minutes composing lyrics and more than 20 minutes making the accompanying video. And as long as we’re throwing out suggestions, would it be too much to ask to stop writing songs about the f***ing club! Enough already. Please get some new material.