Elena finally seals the deal with Damon, but are her feelings for the sexy Salvatore real? 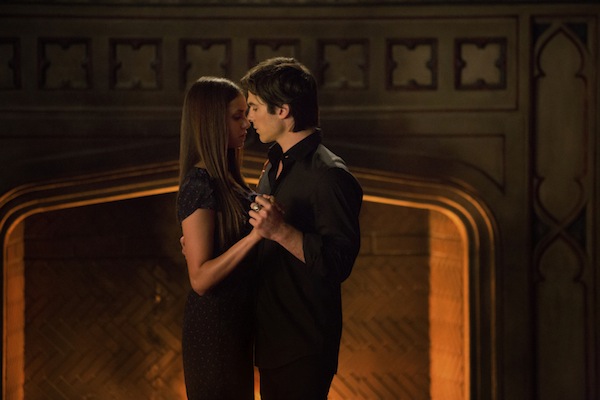 Despite the fact that he broke up with Elena (Nina Dobrev), Stefan (Paul Wesley) is still diligently searching for the cure. The only way for Jeremy’s (Steven R. McQueen) vampire hunter mark to grow and reveal the map to the cure, is for Jeremy to kill vampires. That poses a dilemma, but Stefan has a plan. He turns a convicted murderer into a vampire and forces Jeremy to kill him.

Jeremy’s mark starts to grow, but he refuses to show it to Stefan. What Stefan didn’t realize is that Jeremy’s been having dreams about killing vampires because his hunter urges will grow until they become “basic instinct.” Then, once he kills one vampire, he has an overwhelming desire to kill them all. This “calling” of his is really just turning him into a jerk. He stabs Stefan in the stomach and heads for the Miss Mystic Falls pageant to embark on a vampire killing spree.

At the pageant, Damon (Ian Somerhalder) confronts Professor Shane because he knows he’s hiding something, but he just can’t quite figure out what. He accuses Shane of persuading the late Pastor Young to set fire to that building and killing the council. He doesn’t get a confession, but Shane does admit that the cure is protected by a seal that takes a special kind of witch break. 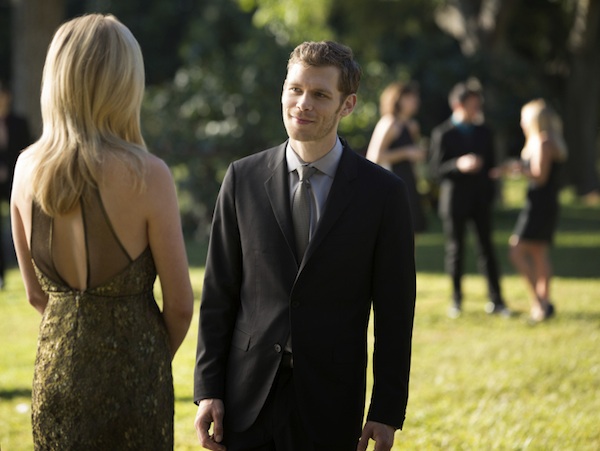 Caroline agrees to attend the pageant as Klaus’ (Joseph Morgan) date (to distract him while Tyler and Hailey break the sire bond of the hybrids) and he shows up looking quite dapper in a suit. He’s so charming, handsome and humorous as he tries to win over Caroline that it’s almost easy to forget he’s a cold-hearted villain.

A little later, Jeremy shows up and stabs Elena in the neck. It seems his hunter urges are even less controllable than Elena’s young vampire urges. Before he kills her, Stefan shows up to save the day and Jeremy flees. Elena knows that Jeremy is the only way to the cure, but she doesn’t want to regain her humanity if it means him becoming a monster. She tells Stefan to stop trying to fix her and let go of the girl she used to be. She’s a vampire now. Deal with it.

That evening, Elena moves out of her house because it isn’t safe for her to be around her brother, and Matt moves in to keep an eye on Jeremy. Elena goes to stay with Damon and things get pretty steamy between the two. She admits she broke up with Stefan for him and they finally take their relationship to the bedroom. However, her feelings for him may not be real. On the other side of town, Caroline and Stefan figure out Elena is sire bonded to Damon. They figure that out just a little too late, unfortunately.