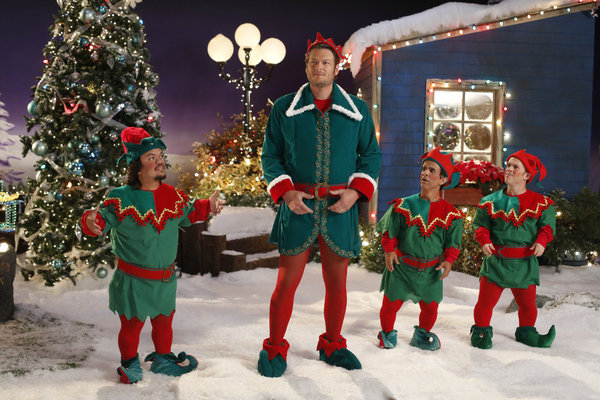 There can never be too many Christmas specials! Between the nearly regular Michael Buble special, the various Charlie Brown favorites, and the annual Christmas at Rockefeller Center, our televisions are swamped with good tidings and cheer. This year we’ve got yet another guy helping to make our season merry and bright! Blake Shelton has made a very special Christmas special of his own. Behold: Blake Shelton’s Not-So-Family Christmas. 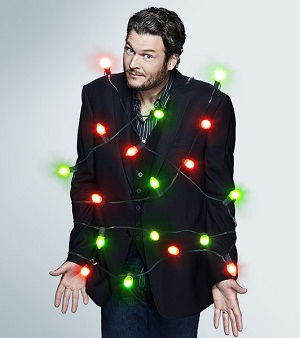 It’s called the “Not-So-Family Christmas” because he’s invited all sorts of familiar faces. His friends, Reba McEntire, Christina Aguilera and Kelly Clarkson will join in the festivities. As for family, Shelton’s beautiful and talented wife, Miranda Lambert, will join him on stage for at least one song.

Blake also recently announced that the other leading lady in his life, his mom, would sing a tune with him, too! It’s possible she brings out even more of his accent! From the sound of it, she’s written a song especially for them to sing together. Now we know where he gets his talent.

If you just can’t get enough of Blake, we understand and so does NBC. He’ll also make an appearance on Michael Buble’s holiday special, Home for the Holidays! Plus, don’t forget there’s still a couple more episodes left in this season’s The Voice.

Finally, even though CeeLo & Christina will be absent from the new season of The Voice (beginning in March), Blake Shelton (and Adam Levine) will still be on the show, along with Usher & Shakira. We recommend not missing the Christmas special. But, if you do, you can still get your Blake Shelton fix by tuning into one of the other many shows!

Finally, if you want to hear less talking and more singing from Shelton, check out his new Christmas album, Cheers, It’s Christmas. The album features a duet with his wife for “Jingle Bell Rock,” as well as a studio version of his mother’s duet, “Time for Me to Come Home.” Get ready to fa-la-la your heart out!