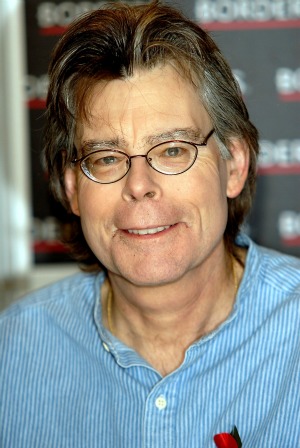 Stephen King and his fans got a gift today from CBS when the network announced it would order an initial 13 episodes of a TV show based on a King book.

“CBS has given a straight-to-series order for 13 episodes of Under the Dome, a serialized drama from Steven Spielberg‘s Amblin Television based on Stephen King’s best-selling novel of the same name,” according to Phil Gonzales with CBS. “The series will be broadcast in summer 2013.”

According to CliqueClack.com, the series was originally supposed to be a miniseries on CBS’ sister network Showtime, but today it was announced that the show would go straight to CBS.

“Under the Dome is the story of a small New England town that is suddenly and inexplicably sealed off from the rest of the world by an enormous transparent dome,” said Gonzales. “The town’s inhabitants must deal with surviving the post-apocalyptic conditions while searching for answers to what this barrier is, where it came from and if and when it will go away.”

Stephen King will act as one of the executive producers, along with other big names involved with the new series. It seems like everyone involved is excited about the project and the network is doing everything it can to make the show successful.

“This is a great novel coming to the television screen with outstanding auspices and in-season production values to create a summer programming event,” said Nina Tassler, president of CBS Entertainment. “We’re excited to transport audiences Under the Dome and into the extraordinary world that Stephen King has imagined.”

The network has also announced it will create a cross-platform model for this show, although it hasn’t said exactly what that will look like. By promoting the show from a miniseries on Showtime to a full series on CBS, the network is giving the novel adaptation a chance to run beyond the 13 episodes already ordered.