Former The Wonder Years star Fred Savage welcomed his third child into the world this week. He announced his son’s arrival on Twitter. 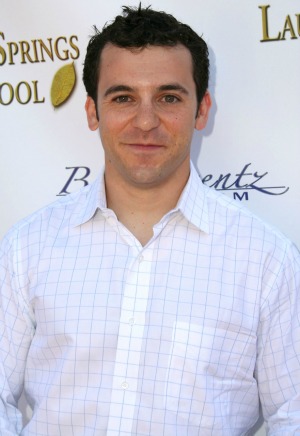 We didn’t even know you were expecting!

Former The Wonder Years star Fred Savage surprised his Twitter followers on Monday with a photo of a newborn baby’s hand.

Savage and his wife, Jennifer, welcomed their third child into the world to add to their growing brood. The couple, who married in 2004, were childhood friends back in his home city of Chicago. Their new son joins big brother Oliver, age 6, and big sister Lily, age 4-1/2.

In an interview with People back in 2007, Savage said, “Before having Ollie, Jenny wanted three kids and I wanted two. I figured we could compromise on two kids and a dog — but now she wants five!”

It sounds like the director’s wife is winning since they are already on baby No. 3.

The child star has remained largely out of the limelight, choosing to focus in on his television directing career. He has directed episodes of 2 Broke Girls, Modern Family, and Whitney over the past year.

He has kept fairly mum on his personal life, and that is why the Twitter announcement was a surprise to many. His brother, Ben Savage, has been the one making all of the news lately with Disney Channel’s reboot of the classic ABC sitcom Boy Meets World.

In fact, other than the baby boy’s little hand, no further information is available about the new member of the Savage household.

It currently reads, “I used to be an actor but then showbusiness decided I should be a director. I have a wife, a son, a daughter, and 2 People’s Choice Awards.”

Don’t forget to add that extra son, but do it within 160 characters or less.