Halle Berry put her Hollywood Hills home on the market for $15 million. Yes, it’s the same house where the Thanksgiving Day showdown occurred. 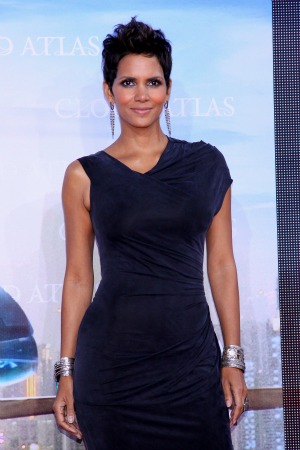 It’s an odd time of year to list a house on the real estate market, but that’s exactly what Halle Berry is doing. The infamous Hollywood Hills home is the site of the Thanksgiving Day brawl between her ex-boyfriend, Gabriel Aubry, and her fiance, Olivier Martinez.

TMZ is reporting that the 5-bedroom home is on the market for $15 million and is listed with Billy Rose from The Agency, a high-end boutique real estate company. The Agency is well known due to its founder’s reality show ties. Mauricio Umansky, also known as Kyle Richards’ husband from The Real Housewives of Beverly Hills, is the owner of the brokerage.

The home has an interesting history as it was once owned by Realtor Rose about a decade ago. He renovated the home and then sold it to Malcolm in the Middle star Frankie Muniz, who in turn sold it to Berry.

The home is a pocket listing, which means it isn’t being advertised, but has already been shown to prospective buyers. According to TMZ, the Monsters Ball actress recently turned down an $11 million offer.

The mansion has been in the spotlight since the fight between Martinez and Aubry hit the news. Currently, the former model is being labeled as the aggressor in the fight and the police report states that “Victim [Martinez] defended himself and punched the suspect.”

It appears that the home was listed before this altercation ever happened. Berry had been trying to move overseas with her fiance and daughter Nahla, but the courts rejected that idea since Aubry lives in the U.S.

If you’re wondering what $15 million will buy you, try a 5,900 square-foot main house with a 1,400 square-foot guest house, a pool, a large backyard and a spa on a Tuscan-style estate. Now get shopping!