Author Suzanne Collins abandons her Hunger Games series to produce a picture book about the Vietnam War, inspired by her own life. 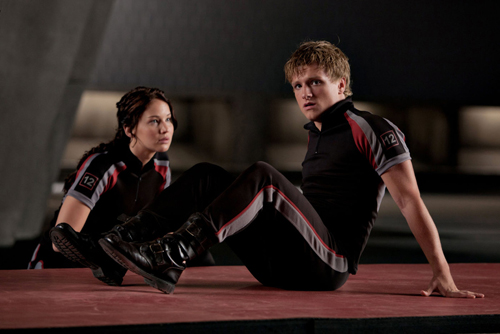 Millions of Hunger Games fans are crying right now: Author Suzanne Collins is taking on a new subject in her latest book.

For now, The Hunger Games will remain a trilogy of books. The second in a planned trio of film adaptations of the books is now in production.

The success of the first Hunger Games movie, which made an astonishing $687 million at domestic and foreign box offices, raised some fans’ hopes that Collins might decide to extend the trilogy a little bit.

After all, J.K. Rowling managed to squeak out seven Harry Potters, and Twilight series author Stephenie Meyer told reporters recently she has the next segments of her storyline already planned out in her head. Why not more Hunger Games for Collins?

Alas, the latest book is another kettle of fish altogether. Entertainment Weekly describes Year of the Jungle as an “autobiographical picture book” that centers on a young girl whose father is serving in the Vietnam War.

Spoiler: He manages to survive, but even when he returns, his daughter finds him changed from what he was before.

The book was inspired by Collins’ own experiences counting down the days until her father returned from a stint in Vietnam. She kept the postcards he sent her, as well as photographs from the year she spent waiting, in a “little wicker basket next to my writing chair.”

Cool names from The Hunger Games >>

Scholastic (also the publisher of Harry Potter, btw) said that Year of the Jungle is suitable for an audience younger than the teens who were supposed to be the ones who read The Hunger Games (even though adults horned in on the action). Read: Not too scary. No arrowed-to-death Rue choking or anything.