Emily Owens, M.D. needs serious medical attention. The fall newcomer has been given a death blow. The CW has decided to cancel the series, which will end after 13 episodes. 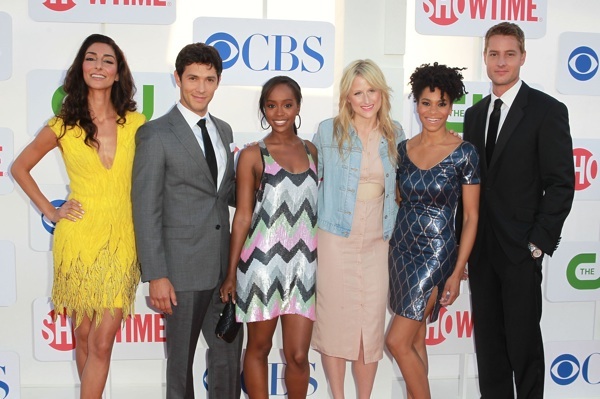 Are the networks finally coming to their senses? Yesterday, we learned Fox’s The Mob Doctor had been canceled. It was one of the lowest-rated dramas on network television. Yet it took them ages to give it the boot. Now, The CW is following in their footsteps.

Since its premiere, Emily Owens, M.D. has been grasping at straws. The slightly more adult series has struggled in the ratings. Perhaps its quirky nature didn’t fit in with the network’s target audience? At the moment, The CW’s biggest shows are The Vampire Diaries and Arrow. The medical dramedy doesn’t have much in common with either.

According to The Hollywood Reporter, Emily Owens, M.D. won’t live past its 13-episode order. Unlike its fellow CW newbies (Arrow, Beauty and the Beast), it had one of the lowest-rated fall premieres. Also,  there was no major improvement as the season progressed. This week’s episode pulled a mere 1 million viewers and a 0.3 rating in adults 18-49.

The CW’s Arrow hits the bull’s-eye… in ratings >>

The CW will keep its promise and let the remaining episodes run their course, but production is scheduled to wrap next week. Now, the network’s focused on launching their midseason slate. With the new year comes the highly anticipated Sex and the City prequel, The Carrie Diaries.

The CW makes a date with The Carrie Diaries >>

Are you shocked by The CW’s decision?