Hugh Jackman’s matchless charisma and flaring pecs went a long way toward making director Bryan Singer’s 2000’s X-Men and 2003’s X2 both massive hits. Now both director and star might work together on 2014’s X-Men: Days of Future Past. 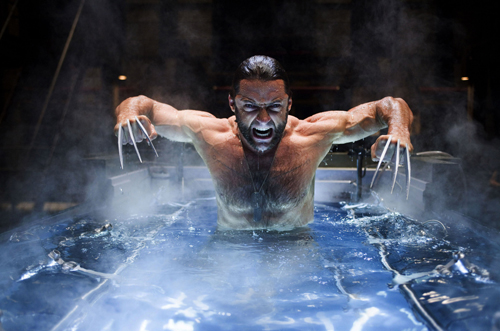 Just days after X-Men fans were thrilled to hear that Patrick Stewart would reprise his role as Professor Charles Xavier and Ian McKellen would be back as Magneto, The Hollywood Reporter announced that Hugh Jackman was negotiating to show up as Wolverine one more time.

Fans are unusually excited about X-Men: Days of Future Past, set for a 2014 release, since director Bryan Singer, a.k.a. the director who made the only decent X-Men movies (the first and second ones), is back for this installment.

Viewers will recall that the first two X-Men movies were genre-busting massive hits, beloved by both fanboys as well as those who hadn’t even heard of the X-Men before the movie opened.

After Singer departed the franchise in 2004, director Brett Ratner directed the abysmal X-Men: The Last Stand, which has a sad 57 percent rotten rating on Rotten Tomatoes.

Ratner’s film was so awful, in fact, that Matthew Vaughn, the director who took up the reins of the fourth X-Men movie, X-Men: First Class, told a British newspaper in 2007 that “I could have made something a hundred times better than the film that was eventually made.”

Somewhere in there, X-Men Origins: Wolverine, a muddled mess released in 2009 to universal pans, helped sink the X-Men rep.

But with original stars and director set to reunite for the next X-Men, things are looking up.

Another good sign: The plot of Days of Future Past is based on a storyline from the original Uncanny X-Men comic books from Marvel in the early ’80s. It looks toward a dystopian future in which mutants have been hunted almost to extinction. Most of the last remaining mutants are in concentration camps, while terrifying robots called Sentinels roam the U.S. looking for others.

Meanwhile, present-day X-Men are warned of the purge to come and seize the opportunity to make changes now so that the future they glimpse can be avoided.

Jackman made a memorable cameo in X-Men: First Class when he told Magneto and Professor Xavier to “Go f**k yourself.”

Jackman must like cursing onscreen. One of the biggest laughs of X2 came when Cyclops asked Wolverine to prove he was really himself and not a clever facsimile, and the cranky Wolverine, a non-fan of Cyclops, rasped back, “You’re a douche.”