Rayna James and Juliette Barnes put their differences (and diva attitudes) aside to take the stage together. Does this mean the tour is back on? Also, Juliette’s boobs don’t get her what she wants — for once. 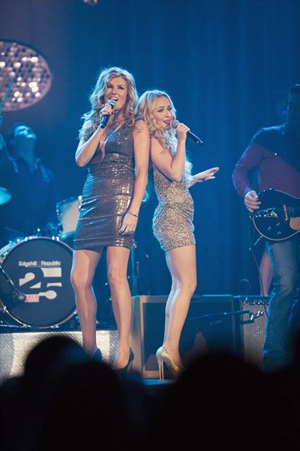 Did you miss Nashville last week? We did, too: After all, we like our Wednesday nights filled with a little (OK, a lot) of drama — and the ABC show never disappoints. Rayna James, Juliette Barnes, and the gang were back with a vengeance this week, though — and they’re (sorta) turning up the drama.

If you’ll recall, Juliette got into a little trouble for shoplifting a bottle of nail polish. The fallout led her management team to set her up with a squeaky clean NFL star as a publicity stunt. The stunt backfired because — surprise! — she actually likes him.

And he likes her, too — though he won’t have sex with her (that whole purity thing). Juliette is confused because she even showed him her boobs. Usually, that’s all it takes to get attention from dudes.

The new relationship is actually damaging her career because fans are now blaming the blonde country crooner for her boyfriend’s bad performance on the field. So, she’s summoned to a meeting with the record label where she’s told she’ll be performing with arch nemesis Rayna James at the label’s anniversary concert. And no, there’s no way out.

The pair also decide to write together and actually really bonded over their mutual love of Deacon and other assorted fun stuff. They also rock their performance, so it might mean their joint tour will happen after all.

Scarlett is still a cliché 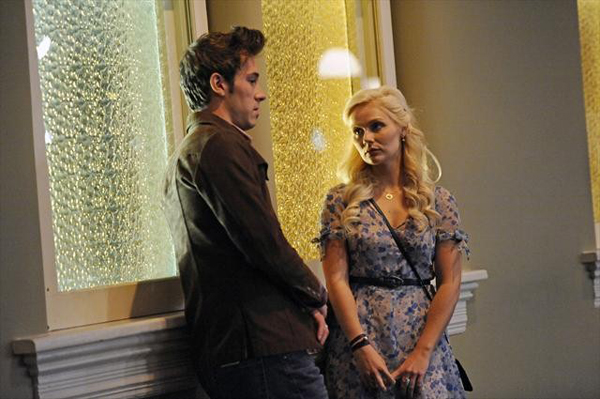 We really want to get behind Scarlett, but she’s such a pathetic little girl. Sure, we love that she finally kicked Avery to the curb over the whole cougar thing, but she can’t stop dreaming about him and the past.

So, she goes out and gets ridiculously drunk and generally acts like a lovesick girl. Naturally, Gunnar gets super-jealous even though he’s supposed to be in a relationship with Hailey, though we know he’d drop her for Scarlett in a heartbeat.

Well, after that incident she finds herself at Avery’s house. Too bad the cougar’s there with him. God, he sucks. He apparently feels guilty about the whole thing, but he gets to meet Wyclef Jean out of the deal (as Dominic Wells), so it’s worth screwing over his dedicated girlfriend.

Teddy is such a baby

Anyone else really, really over this mayor’s race storyline? It could be really juicy, but Lamar brushed that embezzlement scandal under the rug. Coleman does have those photos of Spineless Teddy with Peggy during their clandestine meeting out in the open, but he promises not to release them if Teddy just gets out of the race. Daddy Warbucks won’t allow that to happen, though — so maybe something will actually happen with that whole storyline. We’re not betting on it, though.