Carly Rae Jepsen is regularly in the company of other teen idols, but she is completely content with herself, including her age. 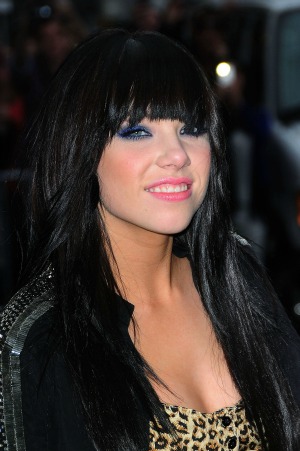 With pop sensation Carly Rae Jepsen becoming famous after placing third on her season of Canadian Idol, followed by a tour with pop singer Justin Bieber, it seems easy to guess her age. But you would be wrong. The singer actually is approaching her late 20s, and she tells Cosmopolitan magazine wouldn’t change her age for anything.

“If people think I look younger, then that’s great; I’m stoked,” she said, according to MTV. “But I turned 27 in November, and when I look in the mirror, I see all of the years attached to that face, and I’m content with me.”

Jepsen said when people find out how old she is, they generally assume she is trying to pass herself off as a teen. But she wants everyone to know it’s just the way she looks, and she can’t change that.

“I love being classy and as elegant as possible in my apartment. But when I’m onstage, I can’t dance in 4-and-a-half-inch heels, so I’ll generally sport flats,” she told Cosmo. “I’m 5 feet 2, so yeah, I’m going to look a little bit more playful. But I don’t think that means I’m trying for an age younger than I am.”

The singer is content these days and is dating a new boyfriend (apparently this one did call her). Musician Matthew Koma met Jepsen while they were working on her song “This Kiss.” They were introduced by another famous musician.

“[LMFAO’s] Redfoo is our Cupid — a cupid in zebra-print pajamas! Foo’s awesome,” she said, according to MTV. “He ended up introducing me and Matthew.”

Jepsen is out on Justin Bieber’s Believe tour. They will take more than a month off after their Dec. 1 show in Toronto, continuing in Salt Lake City on Jan. 5. The tour ends April 8 in Strasbourg, France.