Fans of the original are waiting to hear who else might sign on to Girl Meets World. But there is one original star who might be missing. 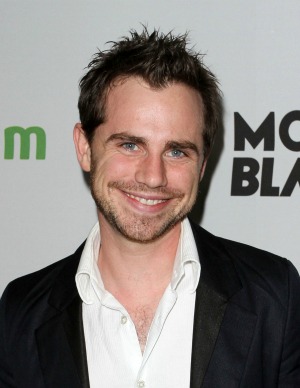 With Ben Savage and Danielle Fishel officially on board for Girl Meets World, the sequel to the ’90s sitcom Boy Meets World, fans of the original show are wondering which other original cast members will sign on.

Rider Strong, who played Shawn Hunter in the original, said he doesn’t plan on it — at least not yet. The actor released a statement to TMZ today discussing the possibilities.

“There might be a chance to see some of the BMW cast in a guest spot, and I think it would be nice to find out where our characters have been all these years,” he said. “But Girl Meets World will be, and I think it should be, its own show.”

He added, “At this point, I have no official involvement.”

But just because he may not be involved as a full-time cast member doesn’t mean he’s not really excited about the news of a sequel to the show that helped him grow up.

“It will be about Cory and Topanga, their daughter, and a new set of characters,” he told TMZ. “And I, for one, can’t wait to see it evolve.”

Ironically, even though Strong was a supporting character in the original show, he may have ended up with a more successful career than both Savage and Fishel. He has directed, produced and written numerous films and has appeared in even more TV shows and movies.

After Boy Meets World ended in 2000, Strong appeared on Kim Possible for two years and the TV show Pepper Dennis for a season. He has also guest-starred in shows like Law and Order: Criminal Intent, Veronica Mars and Bones. The actor is currently working on two movies.

Only time will tell if Strong will make an appearance on Girl Meets World. But as he said, even if he does, he won’t be a central character since the show is based on Cory and Topanga’s daughter, not her parents.