With Jones’ apology received, his future with Two and a Half Men is in question. But will he return even if the show wants him? 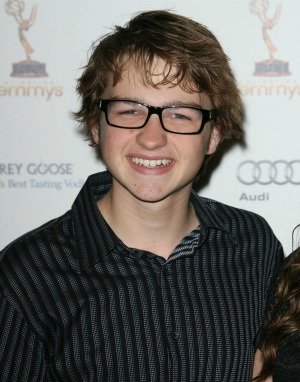 The controversy surrounding Angus T. Jones and his comments about Two and a Half Men is settling down, but Jones’ future with the show is still in question. Will Jones decide to stay with the show, and if he does, will the show let him? According to Access Hollywood, Jones will remain with the show for at least the immediate future.

“Despite Two and a Half Men star Angus T. Jones’ recent rant against the CBS show, the 19-year-old actor will finish out the season alongside series stars Jon Cryer and Ashton Kutcher,” a source told Access Hollywood. The source continued, saying that “Angus intends to fulfill his contractual obligations for the current season.”

But there is no word on his future after this season. When Charlie Sheen left Two and a Half Men, the producers did what they could to keep the show afloat. It seems likely they will do the same in this case. However, with or without Jones’ rant, it’s possible they knew he could be leaving in the near future.

“As for rumors claiming the young actor will not return for the comedy’s 11th season, the source tells Access nothing has been decided as of yet, but when he signed his current contract, the… star put off going to college to do right by the show and its crew, but his intention was always to go to school.”

It’s easy to forget that the 19-year-old is just that…19. And he may want to be a normal kid for once. He has been on Two and a Half Men since he was a child. But for at least a month or so, Jones won’t have to deal with it.

“Angus T. Jones wasn’t expected at rehearsal Tuesday because he is not going to be in the episode they are filming,” said the Associated Press. “Jones wouldn’t be expected back at work until after the New Year…. His character has been largely absent because he has joined the Army.”