Dec. 21, 2012, is a date people in many cultures have been waiting for. Whether the predictions are true or not, some celebrities aren’t taking any chances. 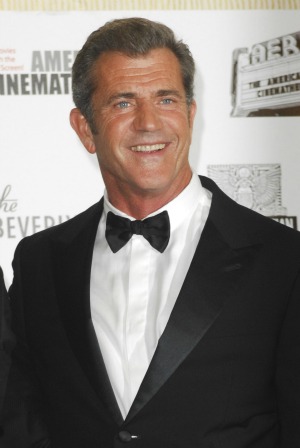 With the supposed end of the world fast approaching, there are all sorts of theories about what might happen, and the believers are not just ordinary people. Mel Gibson, who released the film Apocalypto, may be one of those who believes.

“The precursors to a civilization that’s going under are the same, time and time again,” he said at a conference recently, according to Yahoo!. “What’s human sacrifice if not sending guys off to Iraq for no reason?… I just wanna draw the parallels. I don’t wanna be a doomsayer, but the Mayan calendar ends in 2012. So have fun, boys and girls!”

Woody Harrelson seems to be another believer. He appeared in the film 2012 and has thought about the possiblilities of an actual impending apocalypse.

“I think that there is a real sense in our culture that we are heading towards some kind of apocalypse — maybe it is part of the Christian concept of the apocalypse, but I am not saying that is an exclusively Christian concept,” Harrelson said in 2009, according to Yahoo!. “Maybe that is one of the things that make people resonate with these apocalyptic movies.”

Actor Tom Cruise may be one actor whose wild antics do not surprise anyone anymore, and he may be the one who is preparing for Dec. 21 better than anyone.

“Tom Cruise reportedly dropped $10 million to build a bunker under his Telluride, Colorado, mansion — just in case,” said Yahoo!. “According to Star magazine, the state-of-the-art safe house, featuring a high-tech air-purifying system, was said to have room for 10 people and would have enough supplies and equipment so that they could survive down there for several years.”

Other stars who have commented on their preparation for the end of the world include Lil Wayne, Ashton Kutcher (in 2010, the actor told Men’s Fitness, “I’m going to be ready to take myself and my family to a safe place where they don’t have to worry”), Isla Fisher and George Lucas.

Whether or not the world ends on Dec. 21, 2012, it looks like quite a few celebrities may survive because they’ll be ready.