Weight Watchers weighs in on the Jessica Simpson pregnancy rumors by telling everyone to ask the spokesperson herself. 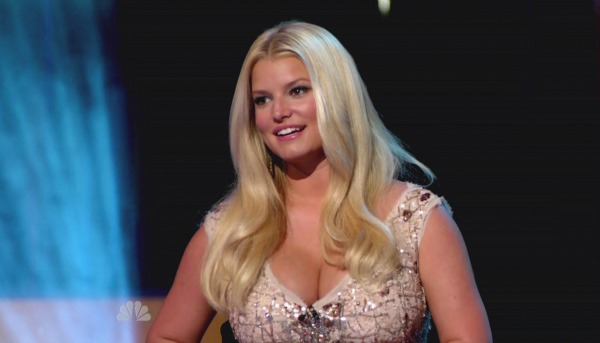 After Us Weekly broke the news on Wednesday that Jessica Simpson is possibly pregnant with baby No. 2, almost every online outlet has speculated about the fashion mogul’s baby bump. Most importantly, how does this pending baby affect her contract with Weight Watchers?

It has been reported that Simpson was paid $4 million to lose her post-pregnancy pounds with the help of the weight loss company. E! News talked to Weight Watchers’ public relations manager, Stephanie Schulman, and received a non-answer.

Schulman told the news outlet, “Any questions related to Jessica’s personal life can only be answered by her team. We do not disclose financial details about our relationships with any of our ambassadors.”

In other words, the Fashion Star judge might be pregnant, and she might have signed a $4 million contract. If so, it throws the company into an awkward position.

The former singer had a tough time initially losing the weight, so her first commercial focused on her face instead of her body. Simpson has been very open about her struggles and even spoke about it on Katie Couric’s talk show.

Back in September, she told Couric, “Every day it’s a struggle for me. Weight Watchers is not intimidating. It’s not a diet. It’s a lifestyle.”

Now that her daughter Maxwell is 6 months old, Simpson has started to see the fruits of her labors of diet and exercise. She filmed her latest Weight Watchers commercial just before the Thanksgiving holiday.

If another bundle of joy is on its way, neither Simpson, fiance Eric Johnson, nor employer Weight Watchers is saying a word. It looks like we will have to wait, just as we did last time, for her official Twitter announcement.

56 mins ago
by Summer Cartwright