It looks like Kris Humphries isn’t going down without a fight as he battles the prenuptial agreement and Kim Kardashian fights to end the marriage as soon as possible. 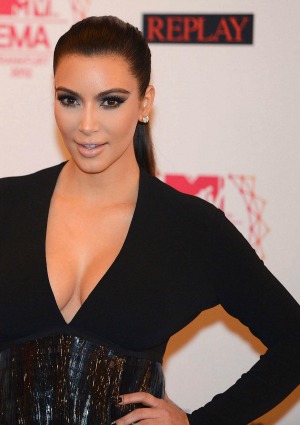 Can’t a girl like Kim Kardashian just get a good old-fashioned divorce? Not if Kris Humphries can help it. The former couple, who split in October 2011 after just 72 days of marriage, continues to battle it out over the prenuptial agreement.

The Brooklyn Nets basketball player seems intent on trying to squeeze money out of the agreement which basically gives him nothing. The ironic thing is that he and Kardashian both made a fortune out of their short-lived marriage thanks to the E! TV special and a host of sponsors for their wedding.

The latest player dragged into this mess is none other than Kardashian’s current boyfriend, Kanye West. Yes, Humphries and his legal team have deposed the rapper even though his ex-wife has yet to be deposed. At this rate, the divorce proceedings have lasted eons longer than the actual marriage.

The reality show’s lawyer, Laura Wasser, is not too thrilled about the latest development in this divorce case. As Wasser told the court on Wednesday “She [Kim] is now handcuffed to Mr. Humphries.”

It should also be noted that Humphries is still seeking an annulment while his ex just wants a traditional divorce. With the case going on its second year, it looks like Kardashian will have to wait even longer to get engaged to her music mogul. She has made no secret that West will be her next husband and hopefully, the father to her first child.

The next time the attorneys will face off is Feb. 15 when they all return to court to officially set a trial date to hopefully resolve the nuptial woes. If not, one of Hollywood’s shortest marriages will become one of Hollywood’s longest divorces.