Demi Moore sure likes them young! The actress steps out with a new man who is only 26 years old. 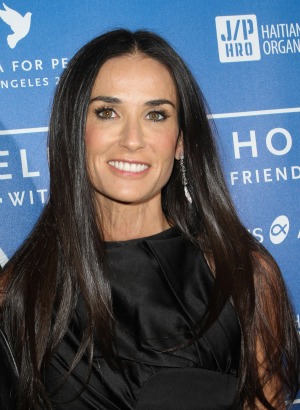 After a rough start to 2012 with a drug overdose in January and a trip to rehab in February, it looks like Demi Moore is officially on the rebound. According to the New York Post, Moore is enjoying the company of a 26-year-old art dealer, Vito Schnabel.

The actress has been separated from her husband Ashton Kutcher since last fall. Kutcher has certainly moved on with actress and former That 70’s Show co-star Mila Kunis, as the two have been spotted making out all over the globe.

Earlier in the fall, the Ghost actress was spotted with New Zealand actor Martin Henderson, but it seems that was just a casual encounter. It is unknown how long Moore has been dating Schnabel, but they were first spotted at a party thrown by supermodel Naomi Campbell in Jodhpur, India.

A guest at the party told the New York Post, “They were dancing and grinding all over each other, openly, in front of other guests.”

While dirty dancing is rarely a sign of a commitment, it does show that the 50-year-old is returning to her former self. Earlier in the year, Moore was pretty frail and clearly suffering from the demise of her third marriage.

Her current younger beau sure doesn’t have a problem with dating an older woman since his list of exes includes supermodel Elle Macpherson, who is 23 years older, and actress Liv Tyler, who rings in at only 9 years older.

Schnabel is the son of renowned painter Julian Schnabel, so he runs in pretty heavyweight art circles. The couple did not celebrate the recent Thanksgiving holiday with each other, but with the two “quietly spending time” together perhaps a New Year’s Eve midnight kiss is in the works.