Star Cate Blanchett is negotiating with Disney for a role in the live-action update of the classic fairy tale Cinderella. She will play Cinderella’s evil stepmother. 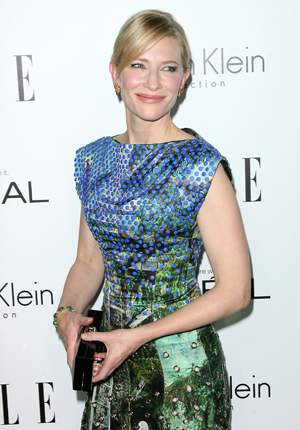 Cate Blanchett is an evil stepmom. Or she will be, anyway, when Disney’s Cinderella update hits the big screen.

Details on the deal, and on the film itself, are fuzzy, but Entertainment Weekly confirmed that Blanchett is “in talks” to take on the role of Cinderella’s evil stepmother in the live-action adaptation now in development at the studio.

Former children will remember that Cinderella’s evil stepmother sets the plot of the fairy tale in motion by refusing to let Cinderella attend the prince’s ball, hoping that her own difficult and plain daughters will catch the royal’s eye.

It’s unclear if the Cinderella adaptation will faithfully follow the lines of Disney’s 1950 animated Cinderella. But since buzzworthy indie director Mark Romanek (Never Let Me Go) is directing from a script touched up by interesting writer Chris Weitz, the smart money says this Cinderella will find something new to say about one of the most passive heroines of fairy-tale lore.

Scribe Weitz has had what /Film calls “an incredibly varied and interesting career.” He’s worked as both writer and director on excellent, polar opposite movies like About a Boy and American Pie. He also directed interesting failures like The Golden Compass and the second movie in the Twilight series, The Twilight Saga: New Moon (the one where Edward dumps Bella).

Weitz was the second one to get his hands on the Cinderella script. The original idea for a Cinderella “re-imagining” came from Aline Brosh McKenna, who also wrote The Devil Wears Prada. Huh. We like that movie, too.

Universal is reportedly developing a rival Cinderella project written by Ann Peacock, who penned The Chronicles of Narnia: The Lion, the Witch and the Wardrobe.

Universal seems to like competitive fairy tale projects: its Snow White and the Huntsman (with Kristen Stewart) was being developed at the same time as Mirror, Mirror (with Julia Roberts and Lily Collins) back in 2011.

Fairy tale retakes are currently hot both on television and at the cinema, with upcoming movies like Hansel & Gretel Witch Hunters and Jack the Giant Slayer set for imminent release.