This week’s Parenthood was missing two very important things: Resolution and Glen Hansard. It’s a toss-up as to which has us more annoyed. 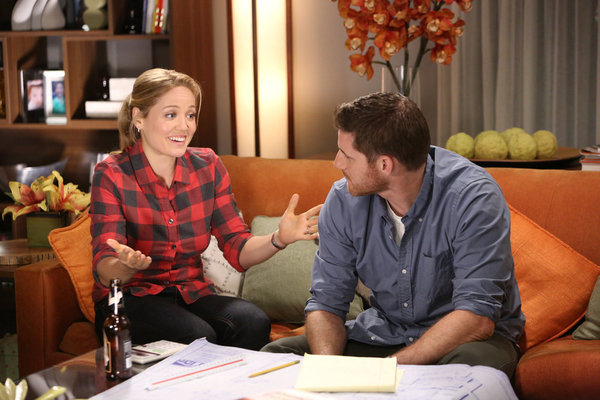 First we must address one very big oversight: Glen Hansard will not be on Parenthood until next week. Sorry!*

The confusion most likely comes from the fact that this week’s episode was one that could have been a “to be continued…” sort of deal. As Parenthood episodes go, this was kind of a letdown. Not just because of the missing Irish singer, but because hardly anything was resolved. They’re leaving viewers in a lurch until next week‘s episode. Here’s what I mean:

Ryan is still looking for a job and Amber (Mae Whitman) is still trying to learn how to be a good girlfriend to him. He applied for a job at the coffee shop where Amber used to work. When the manager found out Ryan served in Afghanistan, he immediately asked him if he’d killed anyone. Ryan was rightfully upset about this and when Amber tried to comfort him, he fled to go for a walk by himself.

Later, Ryan talked to Grandpa Zeek about the situation, but he didn’t offer a whole lot of guidance. We never saw anymore conversations between Ryan and Amber about the issues. Even if it was just, “Here: Read this book. It has a good chapter about dealing with guilt” or “I love you and I think maybe you need to do some more talking with a therapist.” They gave us nothing, though. 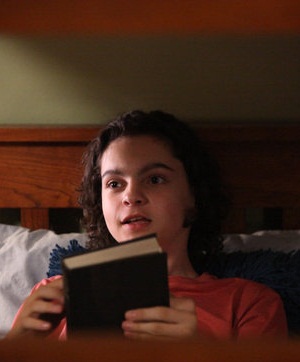 Meanwhile, Adam, Kristina and Max spent the entire episode arguing over his school presidency, a dance, and the vending machine. Everyone wanted a dance except Max, who thought the money should go toward the vending machine. His parents eventually coerced him into compromising and agreeing to the dance. Then, they immediately guilt-tripped him into going to the dance when he really didn’t want to go. The mother-son dancing moment was touching, yes. But, the dance has yet to happen. That will, hopefully, be next week.

Additionally: Kristina and Max only slow dance. Does anyone else see a scene with Max trying to slow-dance to a fast song in the near future? Very cliche, insanely stressful, and so not cool, Parenthood.

Things are still weird between Sarah, Mark and Hank. Despite the fact that Mark and Sarah (Lauren Graham) have a nice weekend planned, she tries to squeeze in time to help out Hank (Ray Romano), who is having issues with his ex-wife trying to move across the country. Is anyone sympathetic to this or are we all in agreement that Sarah belongs with Hank anyway. Eventually, Mark shocked Sarah by passive-agressively telling her to go work with Hank. But, again, we’ll have to wait until next week to find out what happens.

The only issue resolved: Julia was a jerk when Joel found a job. She said he wasn’t putting their family first. How exactly does she think the bills will get paid without one of them working? Basically, she was bored and hoping she could be the one to return to work. She realized she was being a huge B, though, and soon apologized.

In other words, a fat lot of nothing happened in this episode. That, of course, only added to our annoyance over Glen Hansard’s non-appearance. Here’s hoping next week makes up for it with lots and lots of Hansard!

*(Author’s note: I’m not sure if I looked at the dates wrong or just passed along misinformation from the Network, but I’m sorry about the mix-up! I, too, was looking forward to Glen Hansard’s appearance. The good news is: He’ll definitely be on next week!)