The actor caused a controversy by saying he didn’t want anyone to watch the show that basically raised him. But today he released a statement saying he was grateful for the people on the show. Still, he didn’t quite apologize. 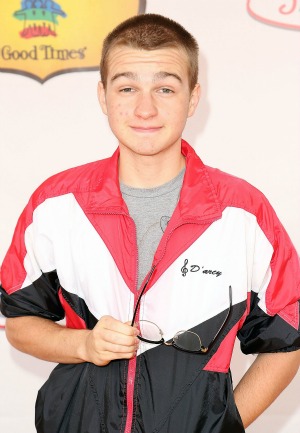 Angus T. Jones caused controversy on Monday when he was recorded by the Forerunner Christian Church calling his show Two and a Half Men “filth.” He also told viewers to “stop watching it.”

Jones’ publicist released a statement written by the actor to Deadline.com Tuesday, finally breaking his silence on the controversy.

“I have been the subject of much discussion, speculation and commentary over the past 24 hours,” he said. “While I cannot address everything that has been said or right every misstatement or misunderstanding, there is one thing I want to make clear. Without qualification, I am grateful to and have the highest regard and respect for all of the wonderful people on Two and Half Men with whom I have worked and over the past ten years who have become an extension of my family.”

He thanked all at Warner Bros. and CBS, and Chuck Lorre and Peter Roth in particular, and said that working on the show has been “one of the most significant experiences in my life to date.”

Jones said he received a lot of guidance and support from the cast and crew as he was growing up and wants to thank them.

“I learned life lessons from so many of them and will never forget how much positive impact they have had on my life,” he continued. “I apologize if my remarks reflect me showing indifference to and disrespect of my colleagues and a lack of appreciation of the extraordinary opportunity of which I have been blessed. I never intended that.”

In the video, Jones talks about growing up in a Christian environment, which may have led him to his decision to dis the sometimes off-color show. But in his apology, he is quick to emphasize how 10 years on Two and a Half Men helped shape who he is today. (It also pays him a reported $350,000 per episode.)

Jones hasn’t officially said he is walking away from the show, but there’s a good chance he will be soon. In the video, he hints at a departure.

8 mins ago
by Louisa Ballhaus