The actress is trying to take advantage of a fight between her ex and her fiance to finally gain custody of her daughter. 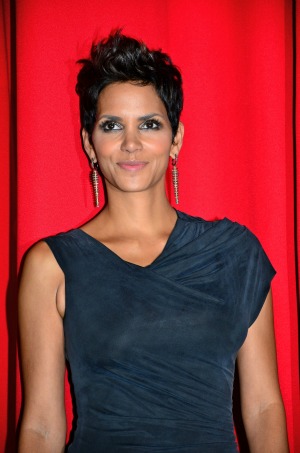 Halle Berry has been fighting a very public battle for custody of her daughter for years now. Berry’s 4-year-old Nahla is also the daughter of Berry’s ex, model Gabriel Aubry. The couple had been together for five years but broke up in 2010. Berry had hoped to take Nahla out of the country, but a judge recently denied her permission to do so.

Then on Thanksgiving Day, when Aubry dropped Nahla off at Berry’s home, he became embroiled in a fight with Berry’s current fiance, Olivier Martinez.

“Police arrested Aubry, 37, and charged him with misdemeanor battery, but he insisted he was not the aggressor in the fistfight, which sent him to a hospital,” said CNN. “Aubry, in a sworn statement that helped him gain a temporary restraining order against Martinez on Monday, said the fight in Berry’s driveway last Thursday morning was apparently motivated by the custody battle, which Berry recently lost.”

Even though the custody battle is years old, it recently became worse when Berry got engaged and hoped to move to Paris with her daughter.

“While he was attacking me physically, Mr. Martinez said to me in an aggressive and threatening voice, ‘You cost us $3 million. When you see the judge, you’re going to tell him you’re going to Paris or I’m going to kill you,'” Aubry claimed.

Aubry alleges that when he arrived at Berry’s home, Martinez asked him for a chat and then attacked him out of nowhere.

“All of a sudden, Mr. Martinez jumped on me on the side of my body, and punched me such that he had taken me down to the ground,” he claimed.

But what does this mean for the custody battle? According to CNN, if Martinez is proven to be the aggressor, Aubry’s restraining order could become permanent. Aubry is asking police to check the cameras on Berry’s property because he believes the video will show his version of events.

The parents met in a closed-door hearing on Tuesday to determine whether Aubry will be ordered to stay away from Nahla.