How many affordable things can you buy this holiday season that your family will treasure for a lifetime? Not many. That’s why Walt and friends have strapped on their holiday capes and saved Christmas by releasing Disney classics that your kids’ kids will enjoy years from now. Here are just a few examples… 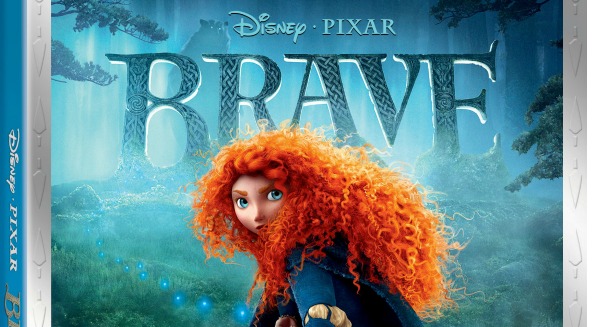 Here is what Disney Pixar does in a way that no one else can — it produces visual masterpieces with a storyline that captivates and entertains all ages. If you have seen Brave, you know that putting the three-disc collection under the tree is a no-brainer. If you haven’t seen Brave, trust us — putting the Blu-ray DVD collection under the tree is a no-brainer. Pixar’s lifelike animation draws you into this amusing but touching story and scenery that makes you long for the majesty of Scotland. Brave is one of Disney’s biggest triumphs to date, and curling up around it with your family is the perfect way to relieve the boredom of a long winter break.

A chat with the creators of Brave >>

Secret of the Wings

Who knew that Tinker Bell had a life outside of flying around the Disney castle at the beginning of Disney movies? Or that she had a sister? Little ones are sure to become enchanted with the tale of Tinker Bell and her fairy family and the adventures that Tink faces when she decides to break the rules. You’ll want Secret of the Wings on hand because your kids will want to watch it over and over, which will enable you to put all the holiday decorations away while the tots are blissfully preoccupied.

Secret of the Wings: A simple love

Both of these Disney classics have been around for a while. But they haven’t been around in Blu-ray and Blu-ray 3-D, and both are a mandatory addition to your Blu-ray library. If you thought the beauty and magic of Cinderella was cool in its classic form, wait until you see it in Blu-ray. And if you thought Disney Pixar’s Finding Nemo was amazing the first time you saw it, seeing it in Blu-ray 3-D will make you think you are swimming with the fishes — in a good way. Your Blu-ray collection is not complete until you have experienced both of these features in high definition.

This collection isn’t for the kiddies, but it is for the Desperate Housewives junkie on your Christmas list. The eight-season collection comes in a sturdy “trunk” and includes a never-before-seen bonus disk and a letter from the executive producer. The recipient of this gift will get lost all over again in every juicy scandal that Wisteria Lane has to offer. Give this to a girlfriend — and then invite yourself to join her in a Desperate Housewives marathon.