Quentin Tarantino takes on slavery in this wildly violent love story set in antebellum south. Jamie Foxx and Leonardo DiCaprio face off in one brutal power struggle that will have you screaming, squirming and cheering in your seat. 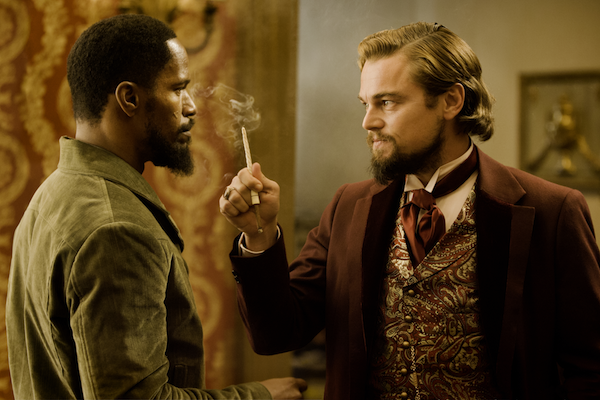 German immigrant Dr King Schultz (Inglourious Basterds’s Christoph Waltz) rides around in a carriage topped with a giant fake tooth that bounces on a spring. But dentistry isn’t what’s paying the bills these days. The dentist has traded in his drill for a blunderbuss gun.

Working now as a bounty hunter, Dr Schultz is earning lots of cash handing over corpses. The next set of bad men on his wanted poster are the murderous Brittle brothers, who travel around working as plantation overseers who are in charge of “disciplining” slaves. 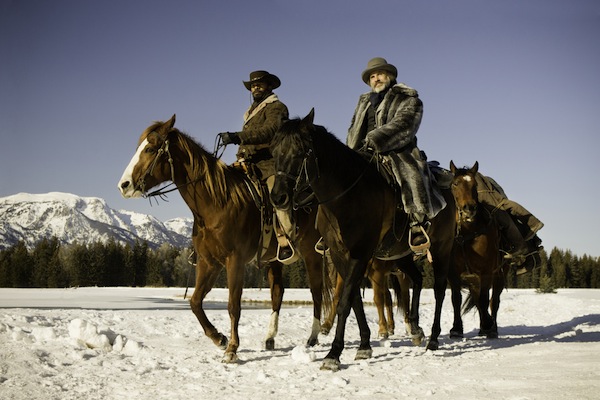 Dr Shultz obtains ownership of chain-gang slave Django (Jamie Foxx), promising Django his freedom if he helps him find the Brittle boys. Turns out the two make a great team and spend the winter killing-for-cash together.

But Django’s real goal is to find his wife Broomhilda (Kerry Washington) and he convinces Dr Schultz to help him find her. Their search leads to the notorious Candyland plantation, owned by the Caligula-inspired Calvin Candie (Leonardo DiCaprio). 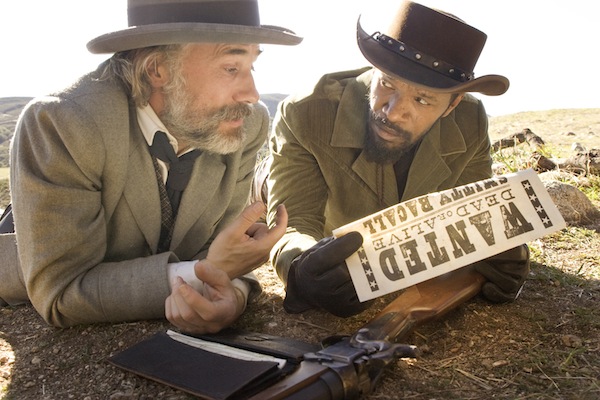 Dr Schultz and Django pose as “slavers” who are interested in buying a “Mandingo fighter” or slave who’s been trained to fight another slave gladiator-style to the death.

Once inside Candyland, they find Broomhilda who’s been locked in the “hot box” for trying to run away. Even trickier to navigate than the mercurial Calvin Candie is his house slave Stephen (Samuel L. Jackson), whose loyalty is to his master, no matter how cruel he can be. 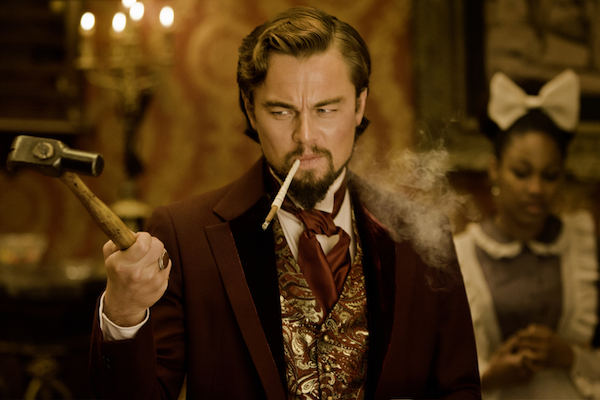 Jamie Foxx and Kerry Washington are the heart and soul of this movie, lifting the violence out of gratuitous pomp. Leo DiCaprio and Samuel L. Jackson are fearless as they indulge in the horrific relationship as master and servant, embodying the darkest part of American history that is rarely spoken about.

The true genius of this film is in Tarantino’s unflinching look at the inhumane culture of brutality on which our country was built. It is interesting to contrast Django Unchained with Spielberg’s Lincoln, which views slavery through the eyes of politicians. Tarantino’s vision of slavery is visceral, ugly and shocking, and because of this, incredibly impactful. The huge emotional and cinematic payoff, however, is worth the dark journey.

Bottom line: While this movie certainly has lots of Tarantino’s quirky humor and witty characters, it is extremely violent — blood, whippings and castration. If you can take the violence, see this movie. Enjoy!