In June of 1939, England was on the cusp of war with Germany and needed America’s help. The king and queen came to New York to spend the weekend with then-President Franklin Roosevelt with the purpose of asking for help. Full of humor and wit, Bill Murray and Laura Linney are enchanting as they interact as a U.S. president and his mistress. 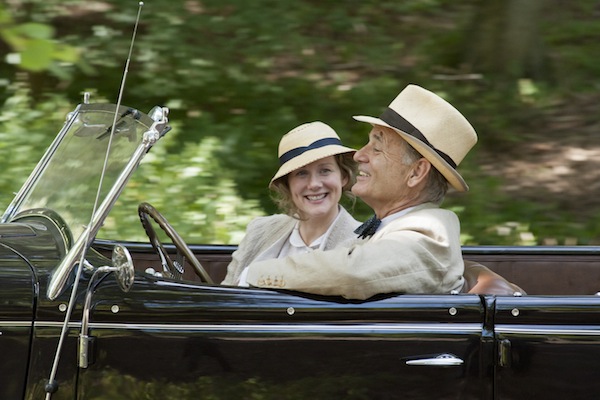 5 Stars:  Perfect for fans of the film The King’s Speech

In the days before everyone had a television, before sound bites ruled and image was king, America valued different qualities in their politicians. Our 32nd President, Franklin Delano Roosevelt (Bill Murray), was crippled from polio and used a wheelchair to get around. It’s difficult to imagine America voting for someone like him today.

But Franklin was a master politician and England knew it needed his help. There was a very real chance England might fall to Germany and they were desperate to partner with American troops.

King George VII and Queen Elizabeth (Samuel West and Olivia Colman) journey to spend a weekend with Franklin. You may remember this royal couple from the film The King’s Speech. King George had a dreadful stutter and suffered from insecurity. 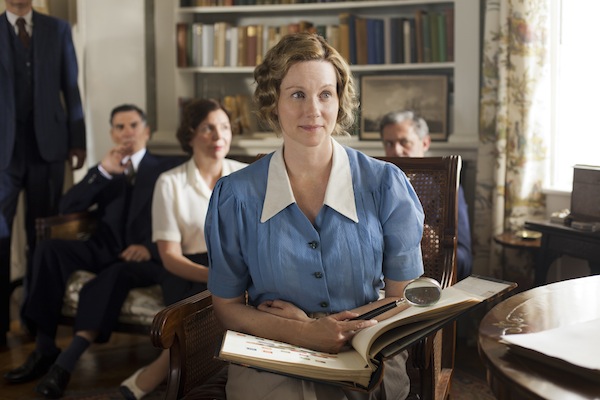 The movie is told through the eyes of Daisy (Laura Linney), a distant cousin of Franklin’s and one of his mistresses. Their relationship is calm and peaceful and she falls deeply for him. She is witness to all the madness as this was the first time a sitting king or queen from England had ever visited the United States. Sounds silly now, but back then, they still harbored bitter feelings over the American Revolution.

Besides diplomatic talks, one of the activities planned is a picnic where the king and queen will be served hot dogs. Yes, frankfurters in buns. The queen thinks it’s some sort of setup to embarrass them and firmly believes they should not be eaten. It’s hilarious how something so small can make a political statement. 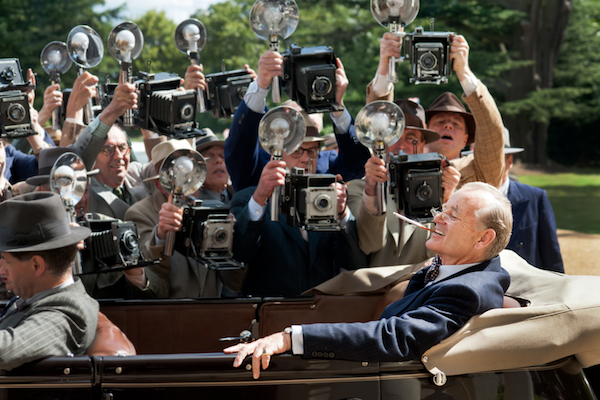 Bill Murray is delightful as the complicated president. His charm and intelligence make you love him despite his philandering. Laura Linney plays Daisy as a simple woman who invests everything in this man, even when she shouldn’t.

Bottom line: Hyde Park on Hudson has very little politics but lots of great tension between the royals and the Yanks, providing many laughs, not to mention a love story. Enjoy!