If you geek out for wizards, trolls and swords, prepare to enter Middle-earth heaven. If fantasy isn’t your thing, then this “unexpected journey” may turn into an unexpected nap. Nearly three hours long, this is the first of three Hobbit movies from director Peter Jackson (yawn). 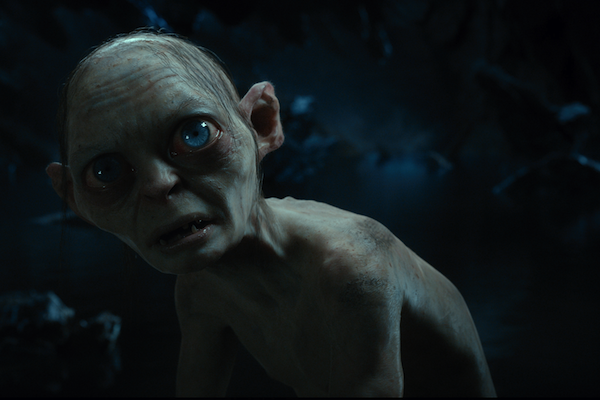 2 Stars: Perfect for your 12-year-old son

The Hobbit begins with a 20-minute prologue, explaining how the once pristine and magical Dwarf Kingdom of Erebor came to be a place of danger and darkness due to the bad Dragon Smaug. Once the exposition is out of the way, we meet our hero, Bilbo Baggins (Martin Freeman), a shaggy Hobbit who enjoys the calm and quiet of his hobbit hole.

Bilbo is quite distressed when the Wizard Gandalf the Grey (Sir Ian McKellen) and 13 Dwarves come visit his hole and eat every morsel of food. Turns out, this is the gang’s last meal before setting out on a journey to battle the big, bad Dragon Smaug and restore peace to their land. Urged on by Gandalf, scaredy-cat Bilbo reluctantly decides to join the adventurers — for better or worse. 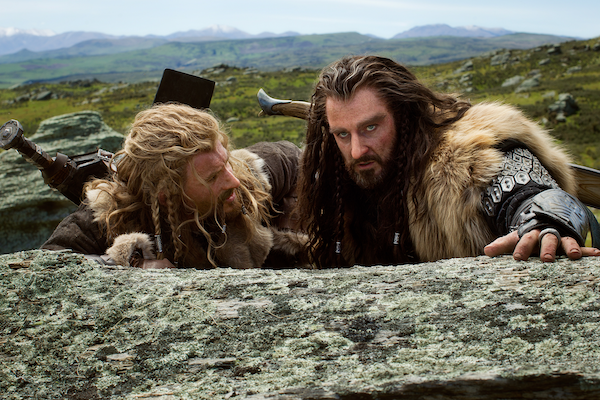 From the beginning, Bilbo conflicts with the legendary warrior dwarf Thorin Oakenshield, the leader of the pack, who calls out Bilbo for being a wimp. But the dwarves have more serious matters to contend with, like escaping the Goblin tunnels.

Goblins, trolls, and massive stone giants wreak havoc on the dwarves and the fat-footed hobbit. As they fight their way through this fearsome forest, Gandalf believes Bilbo will be their secret weapon, should they ever reach the Dragon Smaug (but don’t get too excited, that’s two movies from now). 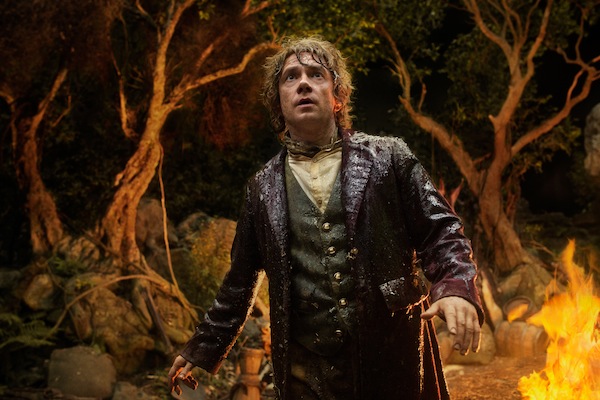 The best scenes in the film are with Bilbo and Gollum (Andy Serkis), whom we know from Lord of the Rings. But in The Hobbit, Gollum is 60 years younger and keeper of the magical, golden ring — its powers are unknown to Bilbo, however. Clever, odd and engaging, Gollum is the most interesting creature in this fantasy world.

Cate Blanchett returns as Galadriel, the film’s only female character (other than a couple of flutists), but even this lovely actress lacks the ability to inspire this wandering story that is 2 hours and 46 minutes in length. 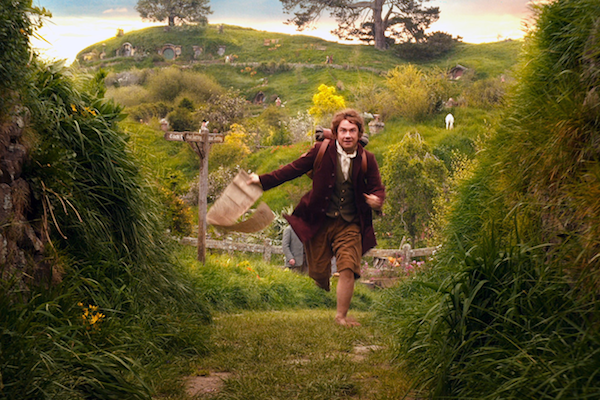 In addition to being too long, Director Peter Jackson used what’s sure to be a controversial new technology when he shot the film. Not only is it in 3D, but the special cameras he used recorded 48 frames per second (unlike the typical 24 frames per second). This translates into twice the amount of detail on the screen, but at times also gives the image a 1980s video quality that fails to impress.

Bottom line: If you’re a Lord of the Rings-lover, hit Starbucks before seeing this lengthy movie. If you like a little more depth with your fantasy movies, go see Life of Pi.