Shia LaBeouf is an eligible bachelor again after he and his stylist girlfriend broke up. They’d dated nearly two years. 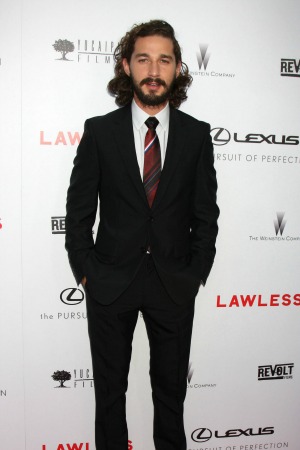 Another one bites the dust. This time, we’re talking about Shia LaBeouf and his girlfriend of almost two years, Karolyn Pho.

Reports started to surface this weekend after the Transformers star was spotted canoodling with a blonde woman at The Magic Castle in Los Angeles. Us Weekly is reporting that the actor and Pho broke up “a while ago.”

LaBeouf met his stylist girlfriend after an evening out at a karaoke club in 2011, and the two instantly became inseparable. Yet, trouble seemed to surface after the 26-year-old actor took a controversial role in a new Lars von Trier film.

The young actor told The Hollywood Reporter that he took the role “because [von Trier’s] dangerous. He scares me. And I’m only going to work now when I’m terrified.”

A role that raw and uncomfortable didn’t sit well with Pho, and many in the entertainment industry have questioned whether the film is art or pornography.

According to Us Weekly, LaBeouf’s former girlfriend “doesn’t want him having sex with somebody else — simple. She’s begged Shia to ask Lars if it’s possible to make the scenes appear real, rather than shoot them real.”

It looks like the job won over the girl.

LaBeouf was formerly attached to Wall Street: Money Never Sleeps co-star Carey Mulligan. The couple broke up in October 2010 because Mulligan wanted to settle down and get married. The actress is now happily married to rock star Marcus Mumford.