Elisabeth Hasselbeck has coined a new phrase for Chris Brown’s Twitter tirade against Jenny Johnson. However, one of her The View co-hosts doesn’t agree. Is “verbal rape” fitting for the strong sexual language the rapper used? 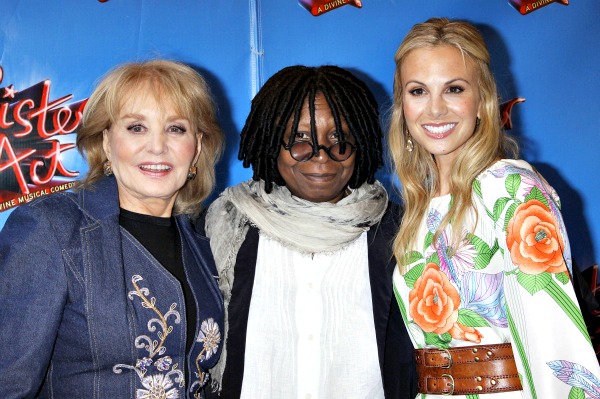 Chris Brown’s Twitter tirade against Jenny Johnson was not only headline news on the Web Monday but was the talk of The View. Everybody had something to say about his sexually charged verbal assault on the comedy writer, but it was Elisabeth Hasselbeck’s take on things that still has the public talking.

Referring to Chris Brown’s tweets to comedian Jenny Johnson that he sent out Sunday night, which included multiple references to sexual acts and strong insults, Elisabeth Hasselbeck began, “I think it’s disgusting, first of all.

“But also, it seems like verbal rape to me. And I think at some point there’s gotta be a point where Twitter should ban anyone who writes anything forever on there and you should identify yourself.”

Chris Brown is a violent woman hater… for Halloween >>

Although also disgusted by the Chris Brown/Jenny Johnson exchange, The View‘s Whoopi Goldberg didn’t see eye to eye with her co-host.

“I have to say, if you’re gonna mess with him, you have to expect to get your head handed to you,” Whoopi Goldberg explained, speaking of Chris Brown. “Now, I sort of feel like… if you feel like that and you don’t wanna fight, don’t do that, don’t do that.”

Bill Maher: Elisabeth Hasselbeck has a “bug up her a**” >>

She continued, “And I disagree with verbal rape, I don’t think that’s verbal rape. I just think both was assault. Both were verbally assaulting each other, and that is what we need to get rid of on Twitter because it happens too often and too much to too many people.”

Standing her ground, Elisabeth Hasselbeck reiterated, “It was vile, disgusting and I stand by verbal rape.”

After the show, the mother of three went on to tweet, “Verbal assault.Verbal abuse.Verbal rape. OBVIOUSLY different than physical assault,physical abuse,physical rape & OBVIOUSLY real and wrong.”

Do you agree with Elisabeth Hasselbeck that Chris Brown’s tweets were verbal rape?