Martin Gore of Depeche Mode thinks that what Cowell does is ruining the music industry. Cowell understandably was not too pleased with Gore’s comments and said so on Twitter. 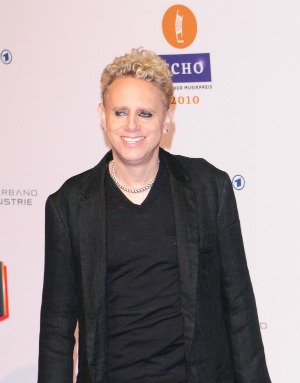 Simon Cowell is not a person you want to pick a fight with, but that is exactly what the lead singer of Depeche Mode did last week. Martin Gore spoke with Music Week magazine about his hatred of reality TV.

“I’m not advocating violence but I think somebody should shoot Simon Cowell,” Gore said.

He doesn’t seem to just hate Cowell himself, just the entire industry. Gore said his band, Depeche Mode, was lucky to be taken under the wing of a good producer in their early days — a producer who never pressured them to create a hit.

“It’s a pretty horrible business today really, I’ve got to say,” he told the magazine, according to NME.com. “You have to be tough and you’ve got to be thick skinned because there are going to be things written about you that you’re not going to like.”

But Gore’s comment was not taken well by one person in the industry, Mr. Simon Cowell himself. He tweeted on Monday about it.

“I read Martin gore wants to shoot me,” Cowell tweeted. “He was is in depeche mode. Do you realise how weird and stupid that makes you. Go and watch the news.”

He then replied right away to his own tweet, as well as to some of his 5 million followers.

“Why I am angry about weirdo gore is a ton of people have got shot this year and people like weirdo gore encourage this.”

In the Music Week article, Gore explained why he feels that what Cowell does is hurting the music industry. He doesn’t think creating pop stars helps them have long, successful careers.

“You’re going to get scrutinised, your work will not always be liked and if they do like something really a lot they’re probably not going to like the next thing and compare it to the last thing,” Gore said. “It takes a time for a band to grow if they’re any good.”

Gore hasn’t yet responded to Cowell’s tweets, but Cowell seems to be over it already.